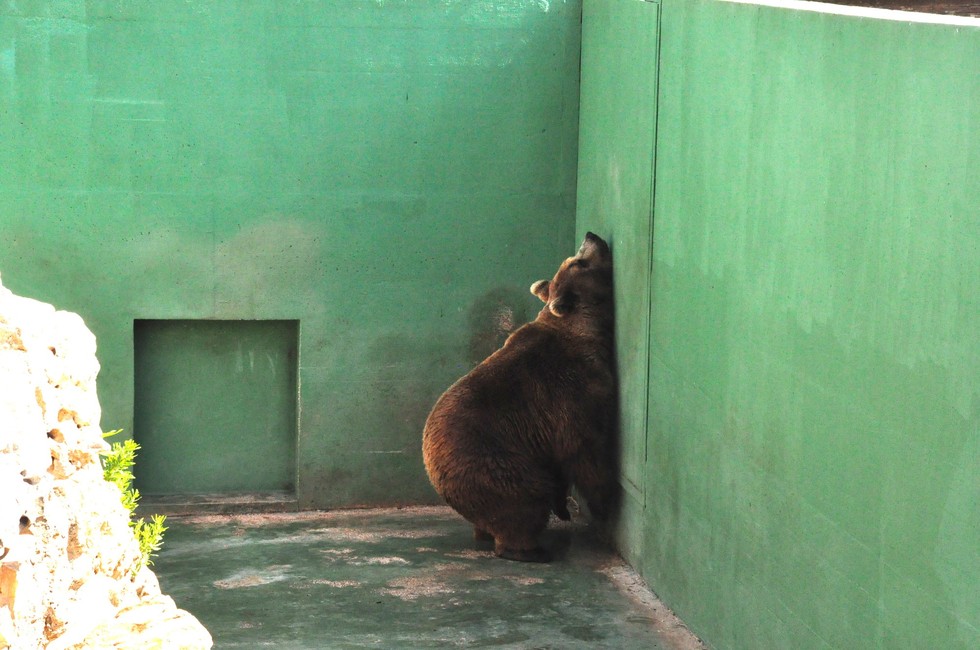 In a photograph taken at an Italian zoo, a brown bear leans his body against the concrete wall of his enclosure. He looks desperate, depressed, despondent. He stares up, seeming to search for a way out.

This bear isn’t the only one — two other bears in the enclosure look equally depressed.

“It’s very sad,” Gaia Angelini, a campaigner for LAV Nazionale, an animal welfare group in Italy, told The Dodo. “Thinking that they are forced to live all their lives in these conditions is appalling.” 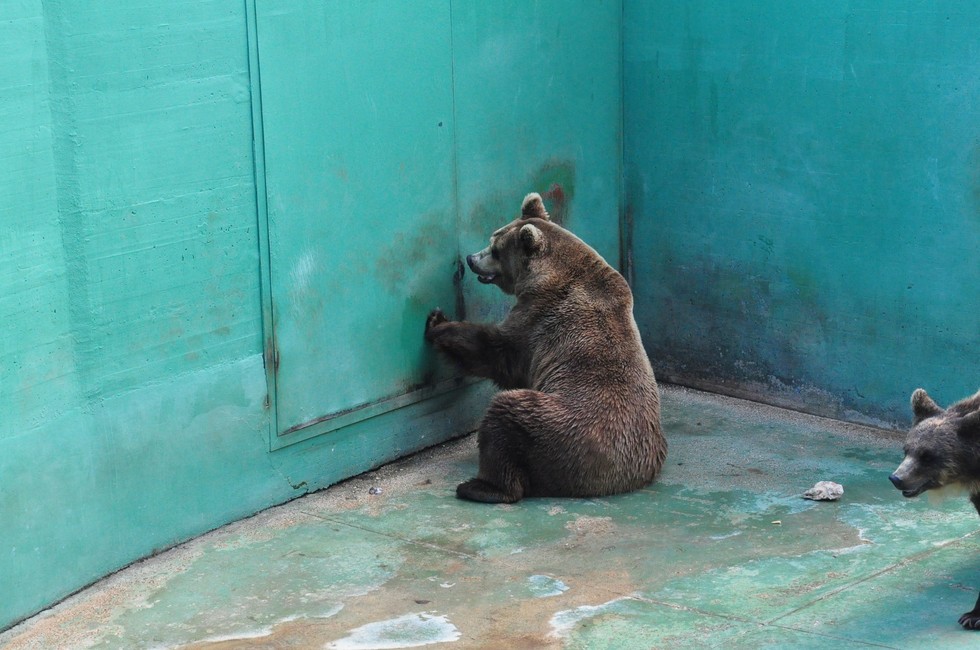 For legal reasons, Angelini isn’t able to reveal the name of the zoo where the three brown bears live, or its exact location, but she said that the conditions are as substandard as they appear in the photo.

“The floor is made of concrete covered with a thin layer of soil,” Angelini said, noting that their only enrichment is a few tree trunks and a tiny pool. “No real effort is made to try reproducing natural habitats.” 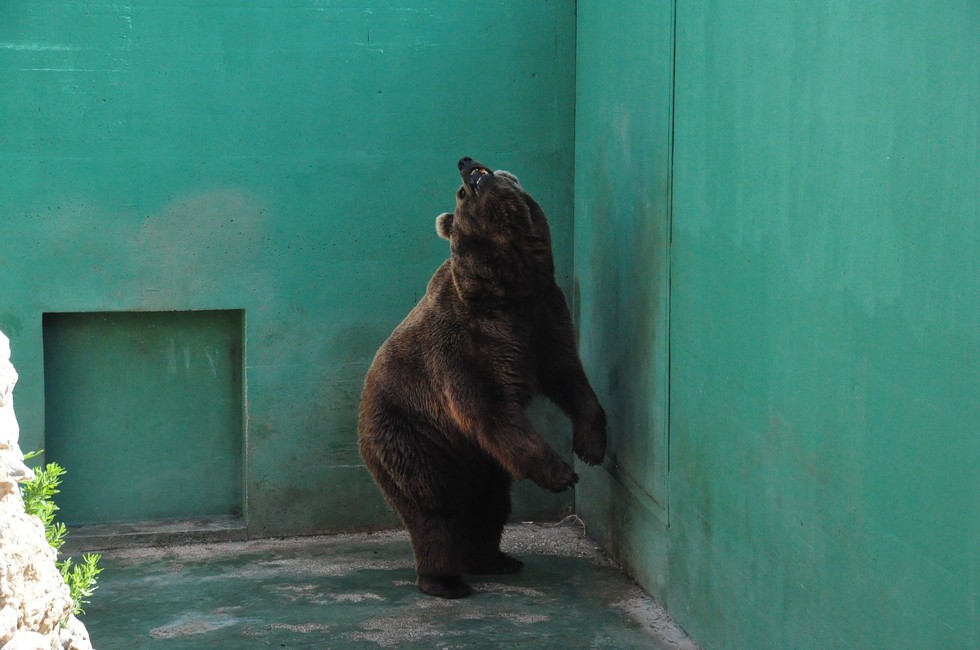 While the bears have both an outdoor and indoor area, Angelini estimates the total space for three animals at around 820 feet — in the wild, brown bears can travel more than a hundred miles when looking for food.

The bears aren’t the only animals living in substandard conditions at the zoo, Angelini said: Big cats, elephants, primates, birds and rhinos also live in enclosures with little to no environmental enrichment. What’s more, some of the other animals are expected to perform for visitors, even though zoo performances are illegal under Italian law, according to Born Free Foundation. 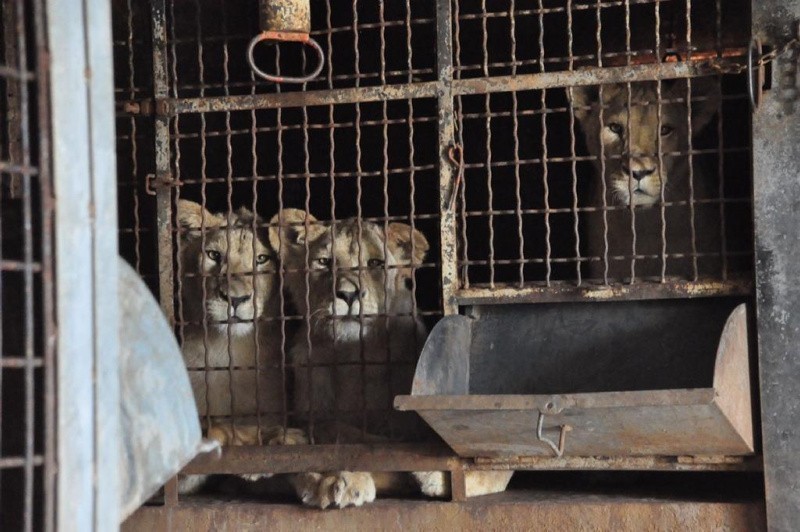 “The zoo calls them ‘educational sessions,’ but the exercises performed are clearly aimed just at entertaining the public,” Angelini said. “The performances have a very low educational value.”

The public is also allowed to feed the animals, and, in some circumstances, they’re allowed to touch them, according to Angelini.

This doesn’t just happen at the one zoo — Angelini explained that several Italian zoos keep animals in similar conditions. 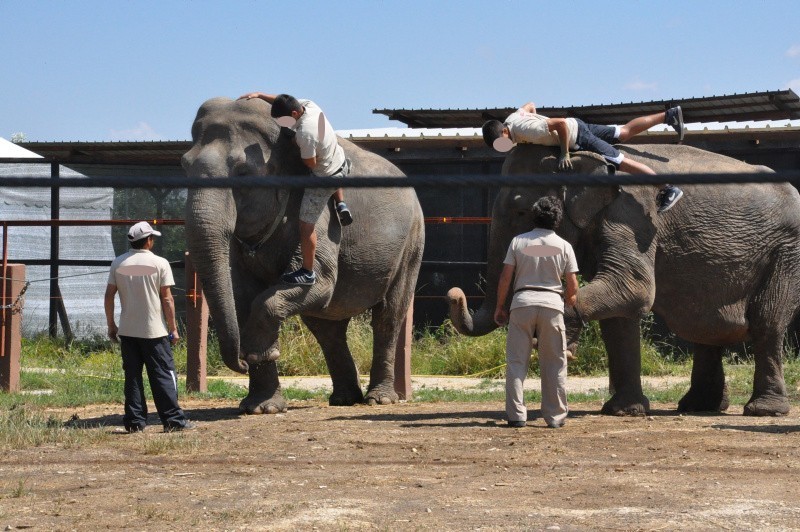 Elephants being “trained” at an Italian zoo LAV is investigatingLAV Nazionale

When the animals are not being used in “educational sessions,” they’re left alone inside their enclosures. “They basically do not have much to do, and they go back and forth in the enclosures,” Angelini said. “They show stereotypic behaviors such as going to the same corner to touch the wall then go in circle and back to the corner.”

The bears also hit the walls to try and get their keepers’ attention, according to Angelini. What they’re probably doing is asking for food, she said. 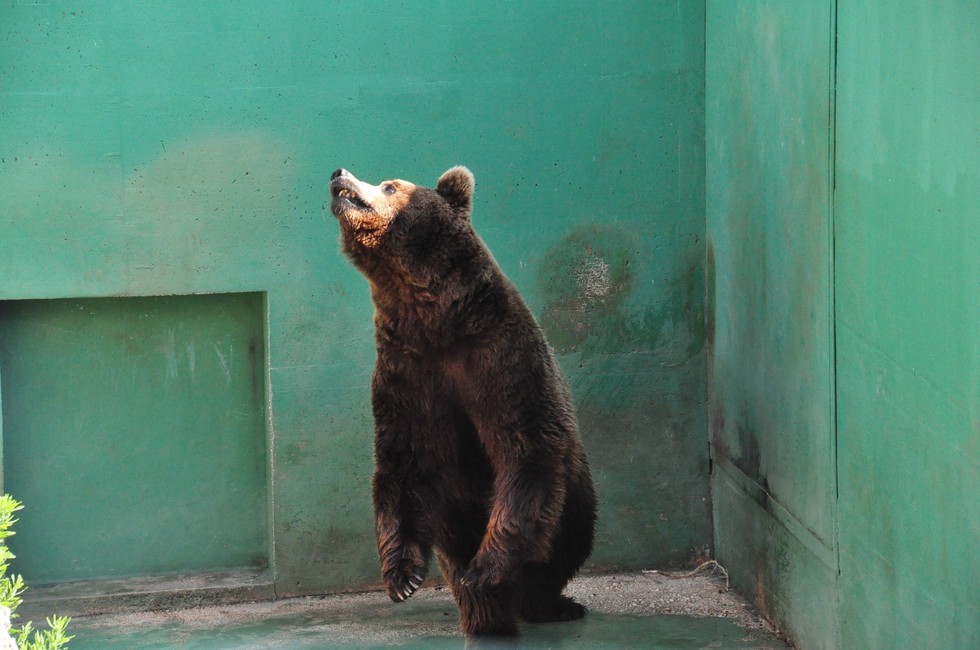 While the bears will never be able to be released back into the wild, Angelini said that LAV Nazionale, along with Born Free Foundation, is currently campaigning to make life better for the animals at this zoo.

“In the case of the bears, we are fighting to improve their living conditions in captivity to make sure that they ethological needs are met,” Angelini said. “The final general objective that wild animals should remain in the wild and that captivity will be phased out. We are also campaigning for a rapid introduction of a ban on the use of animals in performances and entertainment as well as in exhibitions.”

To help the brown bears — and other zoo animals in Italy — you can sign this petition or donate to LAV Nazionale here.

Terrified Cow Sheds Tears … Until She Realizes Where She’s Going

Kittens With ‘Twisted’ Legs Get The Tiniest Casts