A tabby cat broke out of the shelter and went to find his rescuer who cared for him.

Nothing could stop him from returning to the person he wanted to be with. 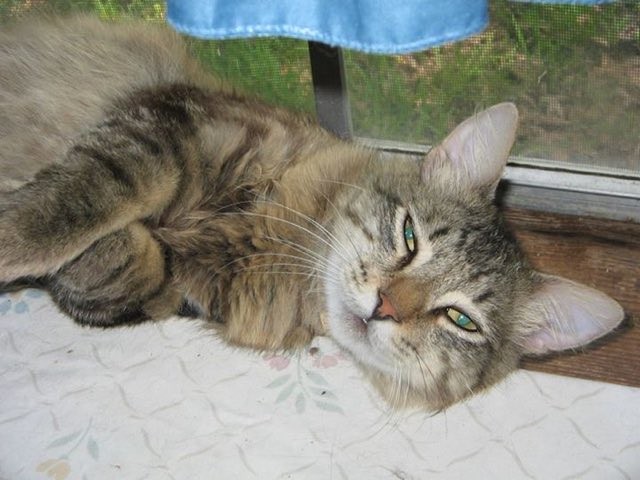 When Ann Bosche was out with her dog one night, a cat turned up in their front garden.

“We get several dogs and cats dropped off in this neighborhood so I figured this was another one,” Ann said to Care2. “What came out from under that bush was a large, beautiful cat with a white tip on his tail. I said, ‘Aren’t you a fancy thing?”

She quickly fetched food from the house and fed the skinny and dirty feline. “He was skittish and backed away while I placed the bowl under the bush. He ate, said his good-byes and left. The next night, he was back again.” 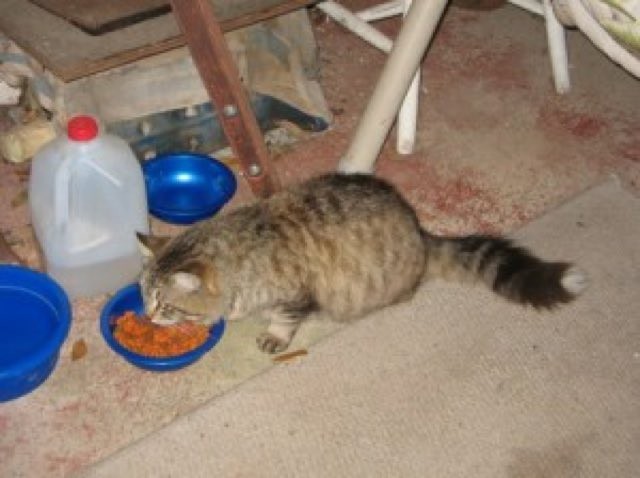 After a week, the tabby boy made it to the porch, waiting there morning and evening.

“My husband figured we already had enough animals with a dog and two cats and wanted me to take the cat to the animal shelter. The next morning, I reluctantly loaded him up in a cat carrier and off we went. I dropped him off and an attendant took him to the back where the cages are. When he brought me my carrier, he said that the cat was back there banging his head against the iron cage door.”

“I cried the five miles back to my house.” 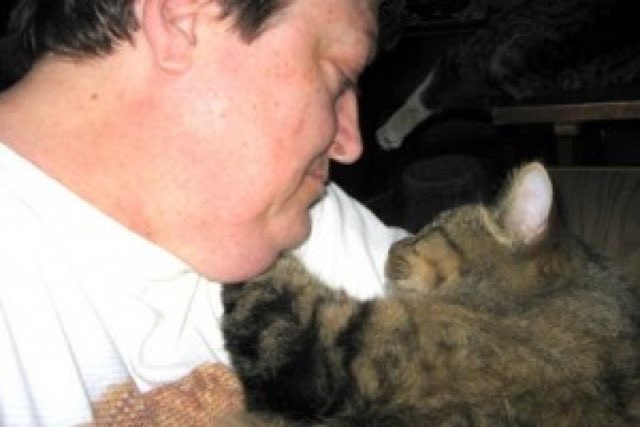 Ann started checking the shelter website, hoping to find updates on the cat but couldn’t find any. She thought perhaps someone had already adopted him.

But soon she would find out that the cat had in fact escaped 20 minutes after they left.

One early morning, Ann woke up to the sound of her husband talking to someone in the kitchen. She got up to see what was going on. 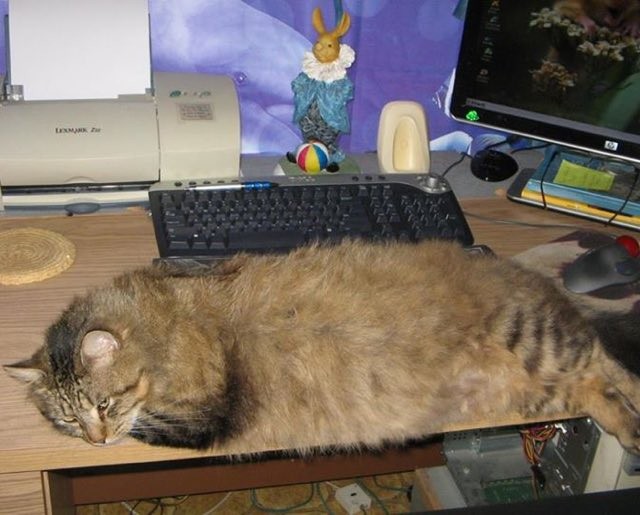 “I looked at the clock and wondered who was at my house at 5:30am,” she said. “I got up to see and what I found was nothing short of a miracle. I saw a cat, sitting at my husband’s feet, talking to him. I kept trying to focus on the cat and when he flipped his tail around, I saw proof. There was the white tip. I started crying and quietly said ‘Oh my baby, Hi Fancy.’ He turned, saw me and ran to me, talking and squealing the whole way. I truly think he was saying ‘I found you! I’m home now.'” (Care2)

“I think he had a guardian angel looking out for him, directing him back to my house. I love him so much and feel we were meant to be together. He belongs here. Mr. Fancy will never want for a home, food or love again.” 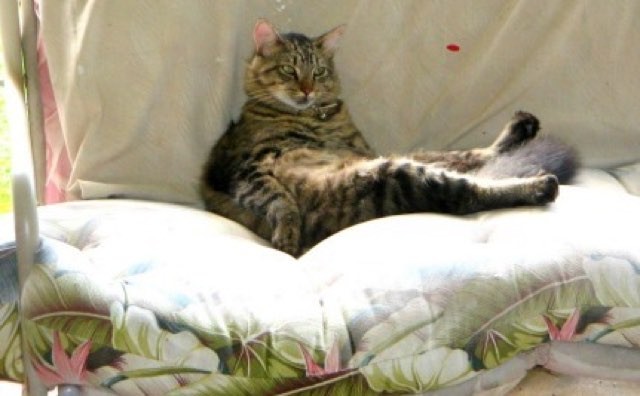 Rescue Goat With Anxiety Only Calms Down In Her Duck Costume