These gorgeous kitties have figured out a way to catch rainbows! 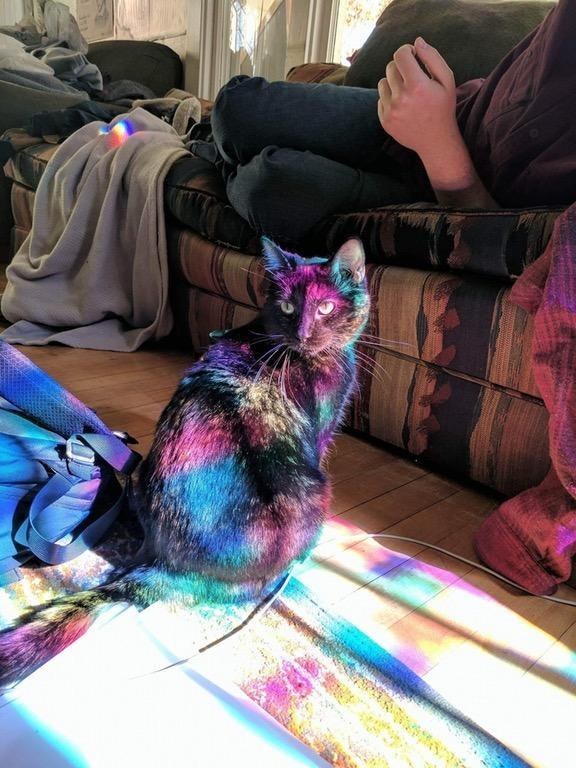 Cats have a penchant for sunbeams, and they move along with them. Where there’s warmth, there’s a cat.

When sun light shoots through a window or glass at the right angle, it creates a prism. If it’s casted onto a cat, it adds all the wonderful colors to their fluffy coat and turns them into rainbow cats.

“A section of my fish tank broke yesterday, causing a corner of my house to be lit up by rainbow colors. My cat Bailey decided to sit in that corner and became….Rainbow Cat,” reddit user actualmarc said. 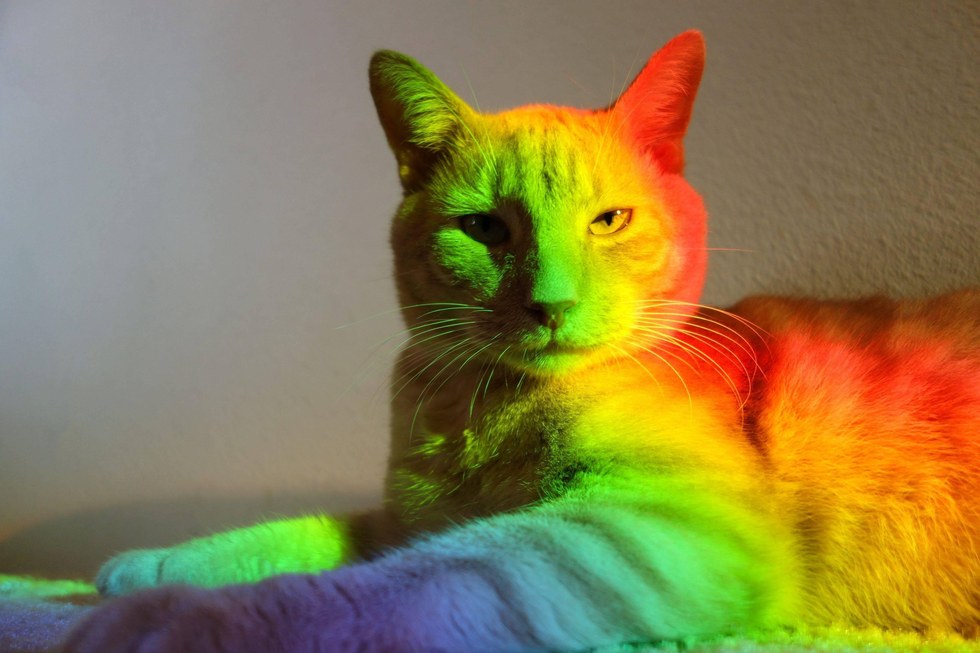 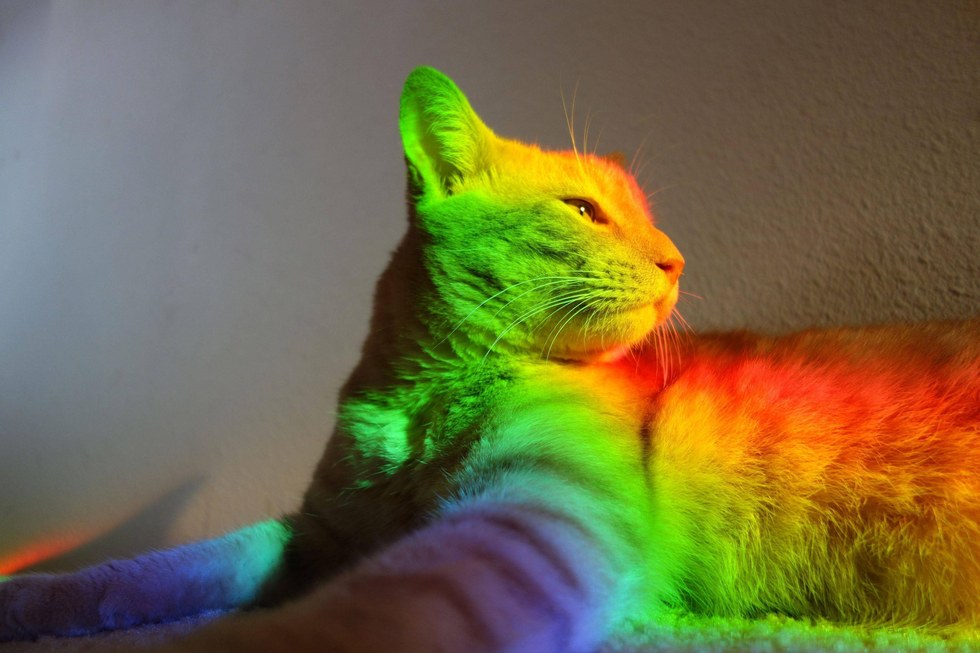 “My mom put up an Easter decal on our front door and it makes Gigi look like a Dr. Seuss character,” Hannah Bevis said on twitter.

In cute cat news, my mom put up an Easter decal on our front door and it makes Gigi look like a Dr. Seuss character. pic.twitter.com/357mnLXh9A 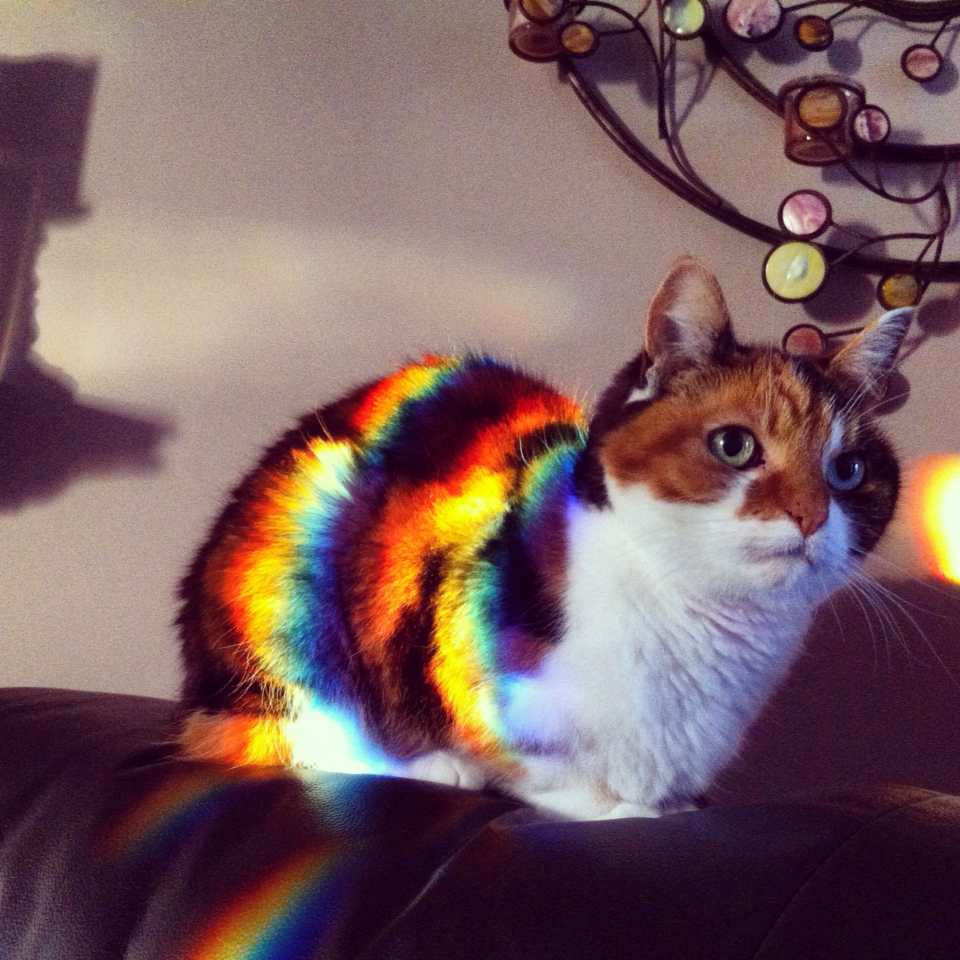 Tiny kitten tries to grab the rainbow with his paws. 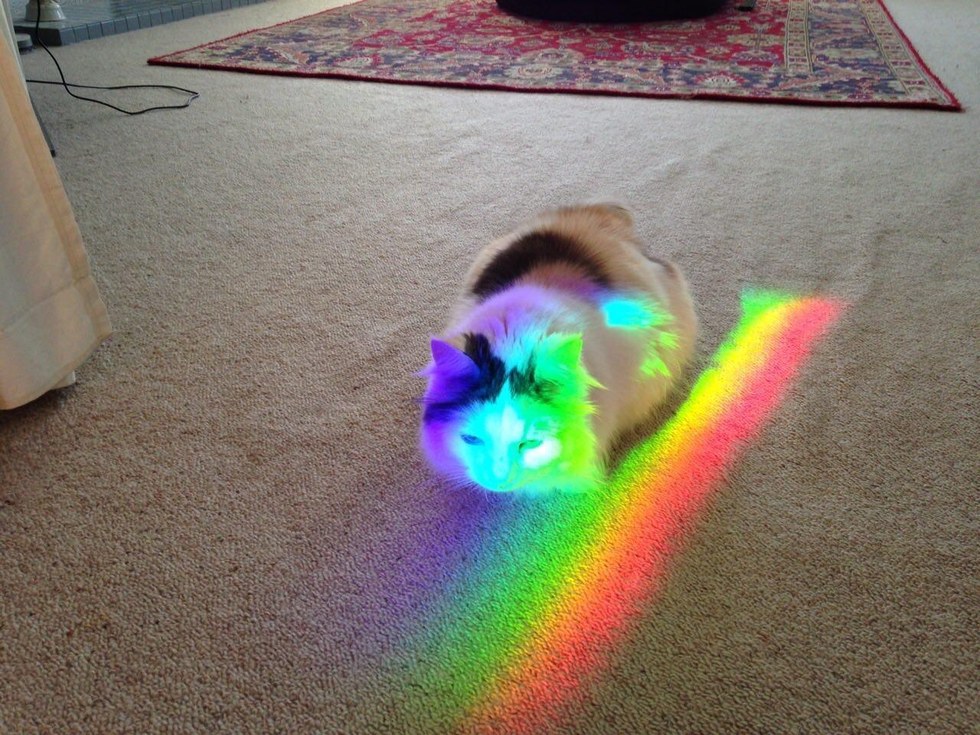 She decides to bask in it. 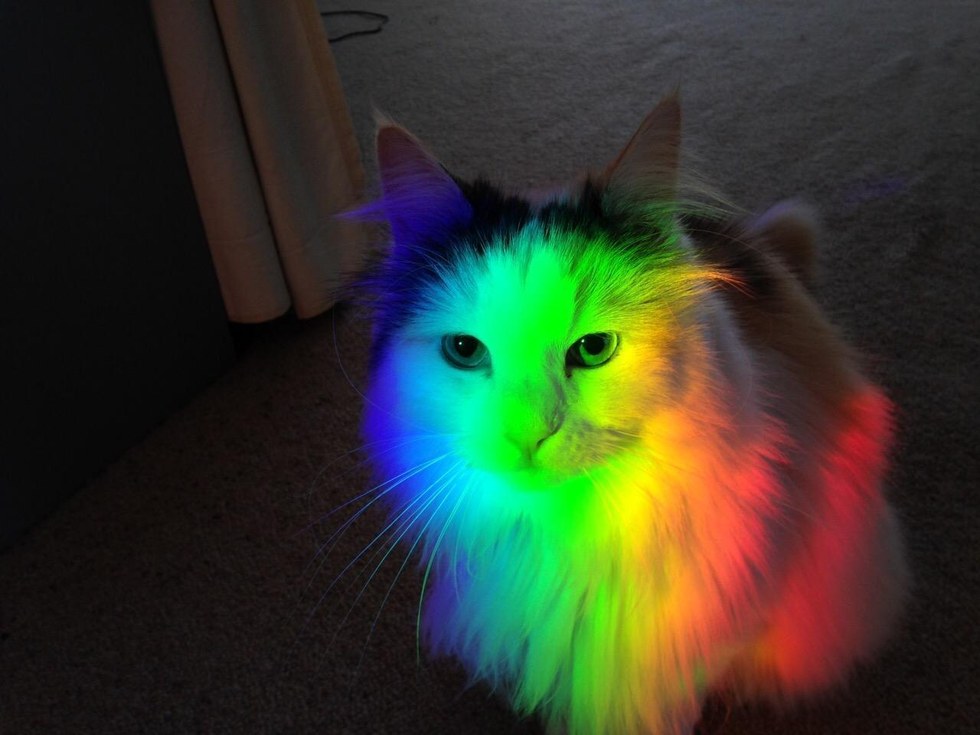 This kitty caught the rainbow by sleeping on it. 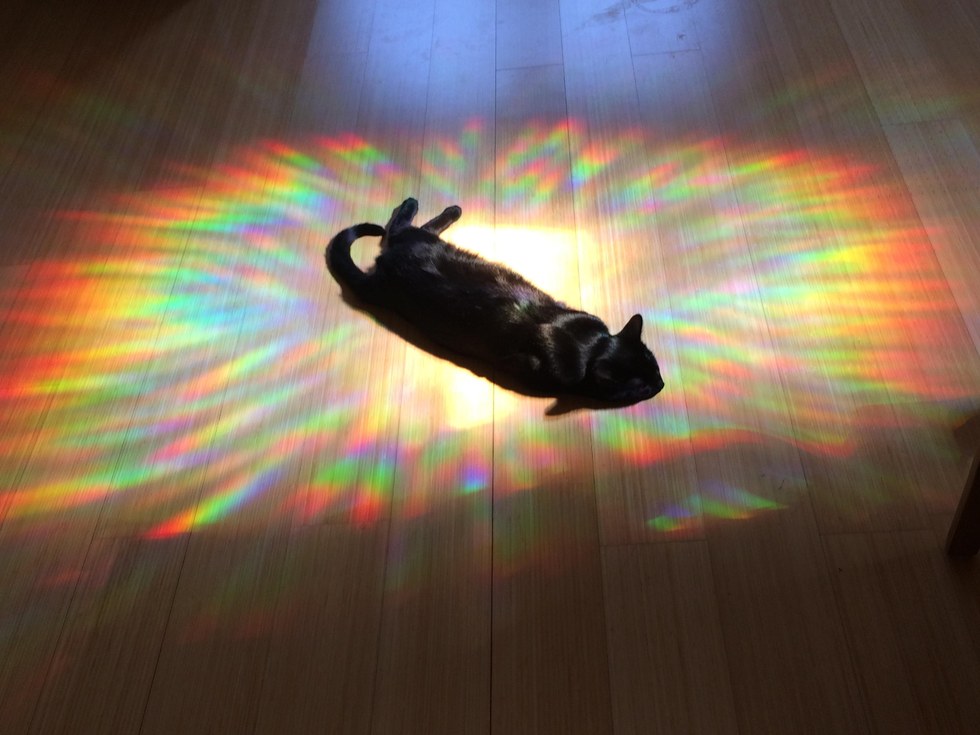 Adding a bit of colors to her purrfect tuxedo.

Communicating with the mother ship 👽 #rainbowcat

“The sun is hitting the window just right,” @4gingersisters said.

A Pig. Who Thinks She’s A Dog. Does Everything With Her Four Legged Family

Man Hears The WEIRDEST Sounds Ever, So He Starts Recording… Turn Your Volume Up, CRAZY!!