For two days, a dog in Ukraine lay on the train tracks, her injuries making it impossible to move.

But this dog — later named Lucy by the man who shared her story on Facebook — wasn’t alone. Another dog, Panda, was there. 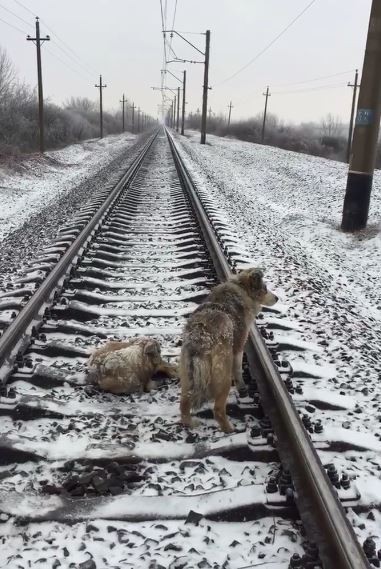 Every time an oncoming train roared into sight, Lucy’s guardian angel curled up on the tracks beside her. 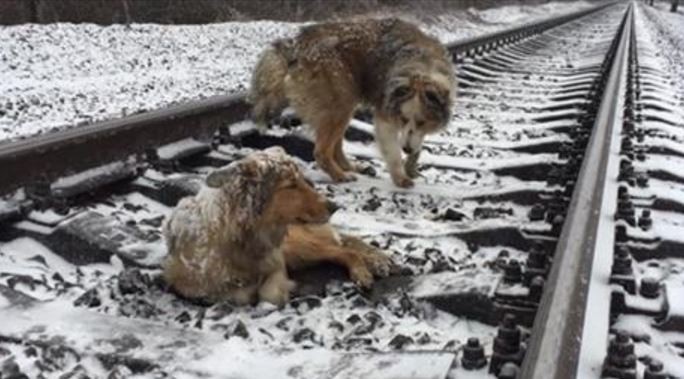 Before the train reached them, Panda nudged Lucy’s head down, ensuring they both remained as flat as possible — while the train rushed just inches above their heads.

And so these steadfast companions faced death time and time again, pressed tightly against each other. Then they made another friend.

On Christmas Day, Denis Malafeyev got a call from friends who had seen the dogs defying death on the tracks near the village of Tseglovka. He raced to the scene to find that Panda wasn’t just protecting her injured friend from trains — but from anyone who got too close. 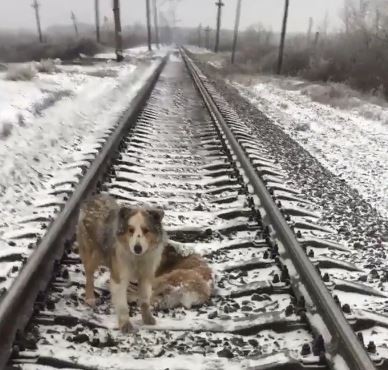 “Several attempts to remove the animal from the rail were in vain,” Malafeyev wrote on Facebook. “Because the dog strongly defended her from us.”

So Malafeyev was forced to watch the same terrifying scene repeat itself: a train blaring into view and Panda pushing Lucy’s head down just enough to avoid being hit.

“He warmed her for hours,” Malafeyev added. “So she’s not cold and put himself in danger every time.”

Malafeyev, who often helps dogs in distress, was finally able to earn Panda’s trust and get close enough to pick up Lucy from the tracks.

Of course, there was one condition.

Panda had to come along for the ride. 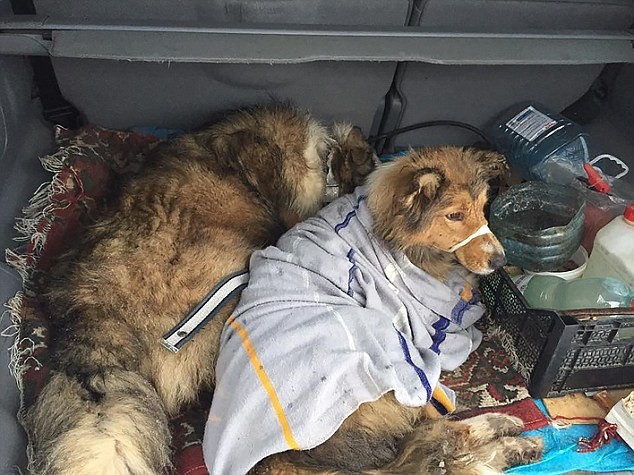 And so these two kept each other warm again — this time from the trunk of Malafeyev’s car — as he took them to a local shelter.

That’s where both dogs received the medical help they needed, and where they’ll soon be looking for a home together.

“It is great to think of the animals,” Malafeyev told The Dodo. But he’s quick to point out where all the credit for saving Lucy’s life should go.

Cow Wouldn’t Stop Crying — Until She Got Her Baby Back