Dogs are cute, right? You probably don’t need convincing of that. Even when my dog has pissed on the floor, or torn his own bed to shreds, or tried to eat a dead bird off the street, he’s still unbelievably cute.

Now imagine how cute dogs are, and then add an extra ear, filled with teeth and salivating. That’s Toad, a dog handed in to an animal welfare shelter in Oklahoma.

Heather Hernandez, Toad’s owner, said: “Immediately we recognised that she was very different to most dogs.

“She was initially showing lots of aggression but once she and I got together, that all disappeared.” Admittedly, I’d be pretty angry if I was saddled with an extra gob that I didn’t ask for. 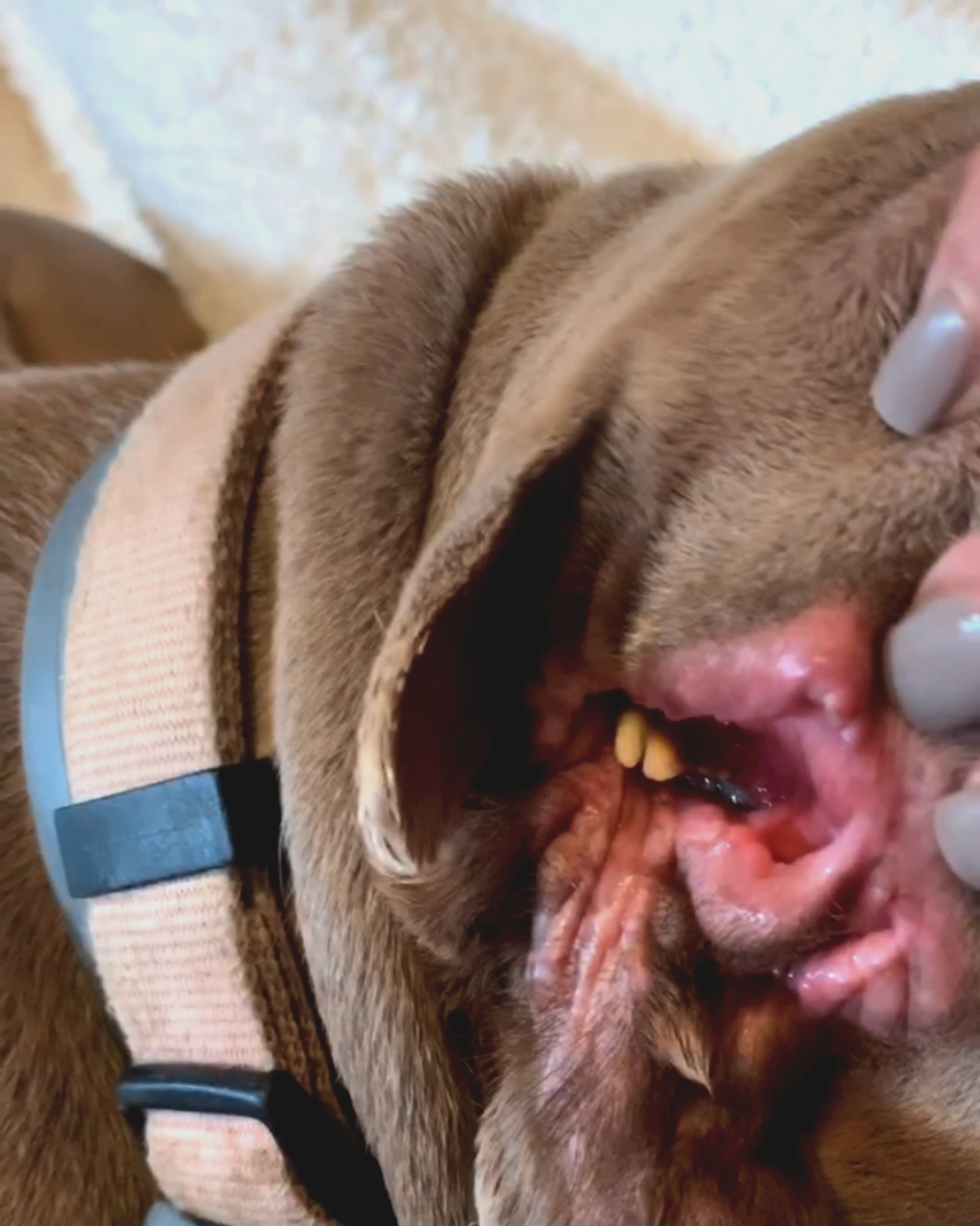 “Upon her initial intake exam at the shelter, our veterinarian originally thought she had extra ears.”

“But once we sedated her for her spay surgery, that’s when we discovered that she actually only has one ear and two mouths…”

The owner added: “We originally thought it had two teeth but we did a dental cleaning on the ear a few weeks ago and discovered it has several. A few of the ear teeth had cracked, which caused some discomfort, but once we removed the broken teeth she was good as new.”

“The main teeth we kept since they appear to be attached to the skull. We certainly can’t rule out that the ear mouth might cause further issues in the future but that’s okay, we can just take it one day at a time.”

“It has what looks like lips in which the opening of the lips are the part that actively salivates,” added Heather.

Toad’s ear mouth does not have a jaw though so it doesn’t actually open and close. She doesn’t hear, see or smell very well because everything in her head is misaligned. 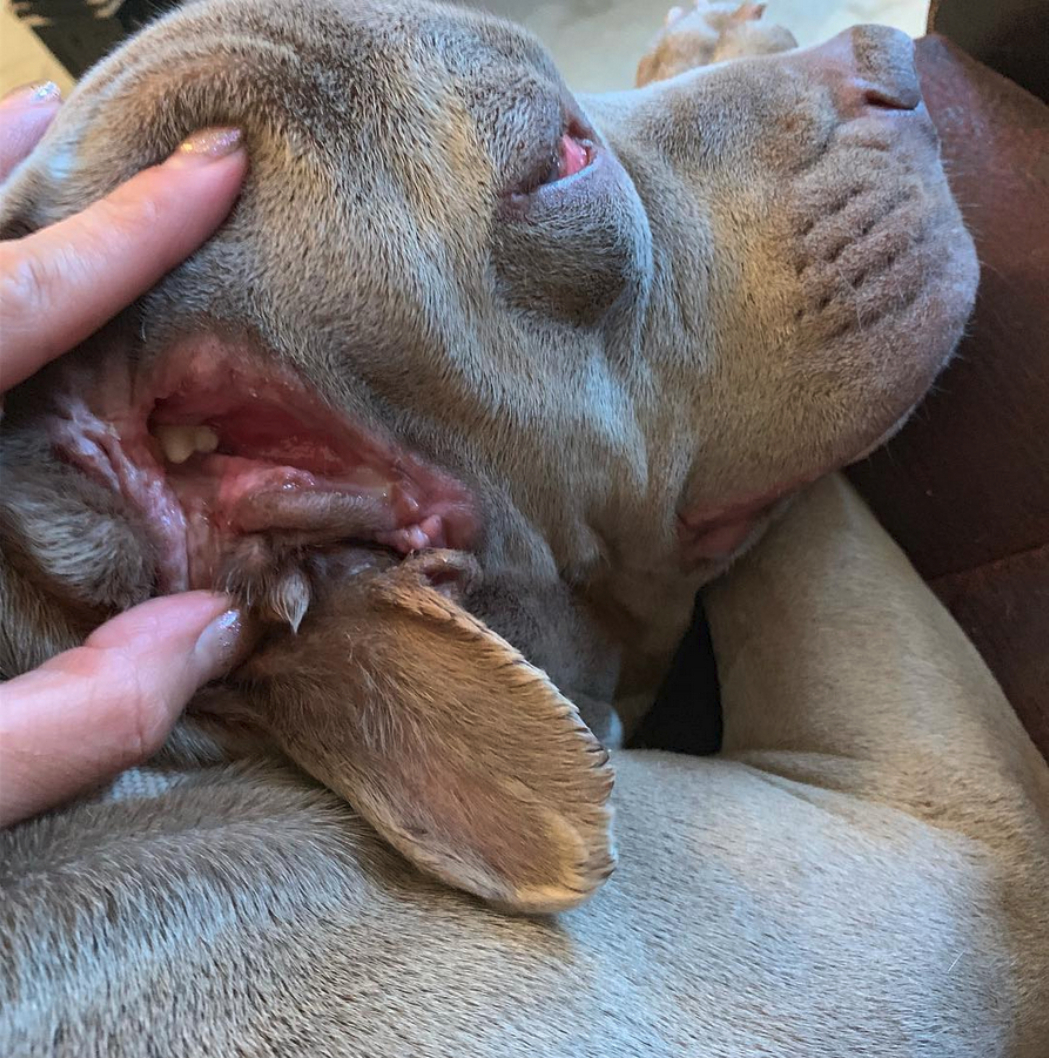 Heather came across Toad when he was handed in at her animal charity, Mutt Misfits, which deals with deformed and disabled dogs.

“The charity was formed because in shelter settings there aren’t many organisations that specialise in the special needs pups,” she said.

“Most rescue groups take in highly adoptable pups from shelters and rehome them.”

“We focus on animals with major medical issues and saving the sick and injured pets. We like to help people to understand that animals don’t have to be perfect to make perfect pets.” 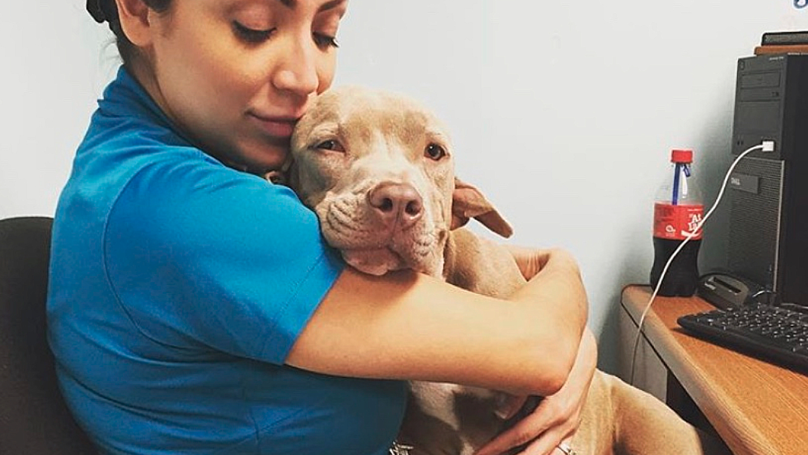 Woman Crashes Car on Rural Road. Then Stray Dog Comes Out of Nowhere to Rescue Her

Seal Finds a Toy Version Of Itself, And Now It Can’t Stop Hugging It