A troubling video (posted this week) shows two bottlenose dolphins and a Pacific white-sided dolphin thrashing around in a tiny tank. They swim in frantic circles, banging into each other and jumping in and out of the water. The dolphins appear to have rake marks (scratches from another dolphin’s teeth) and nicks across their bodies.

These wild dolphins were yanked from the ocean and placed inside a “show tank” at the Taiji Whale Museum in Taiji, Japan. Visitors can walk up to the tank to take photographs or pay to feed the dolphins pieces of dead fish. The dolphins are being kept in the tank as they wait to perform in one of the museum’s shows, Christine Gau, program coordinator for Ric O’Barry’s Dolphin Project, told The Dodo.

Ric O’Barry, founder of Dolphin Project and a former dolphin trainer who was featured in the 2009 film “The Cove,” told The Dodo that he believes the Pacific white-sided dolphin was getting bullied. 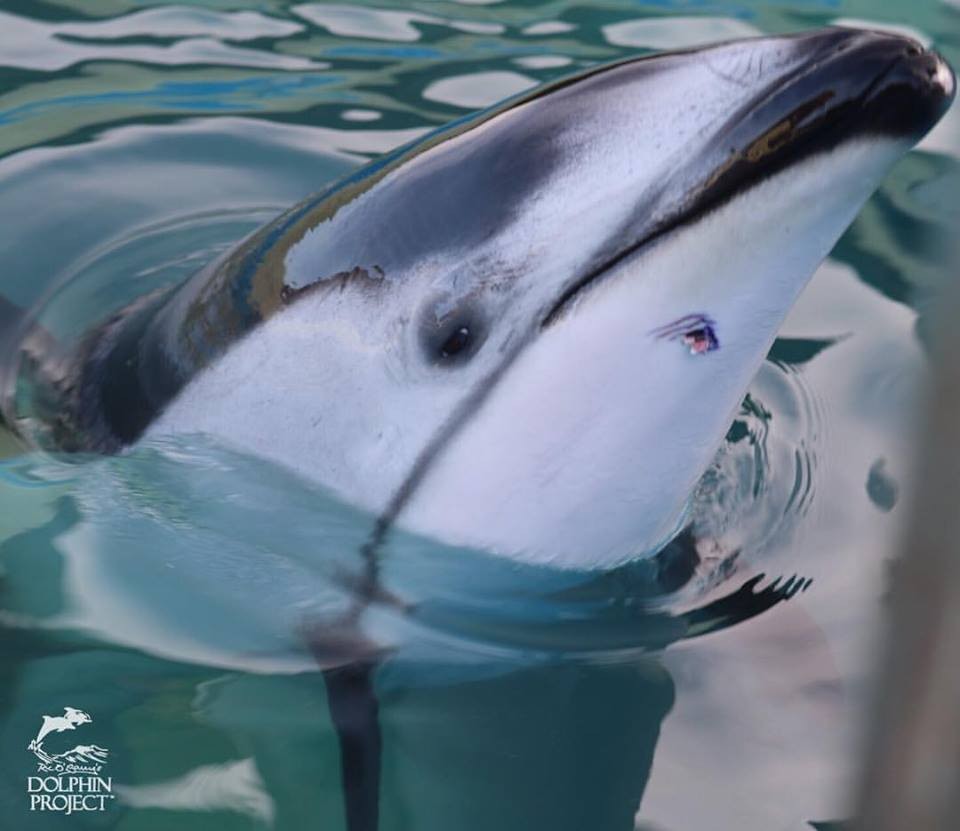 “In the wild, dolphins can get away from one another when they are being bullied,” O’Barry said. “As you can see in the video, a dolphin is being constantly harassed and bullied and can’t get away. It’s just one more example of why captivity does not work.”

Infighting can be a problem among marine mammals in captivity, often due to the stress of captivity. The rake marks are usually the result of aggressive behavior. 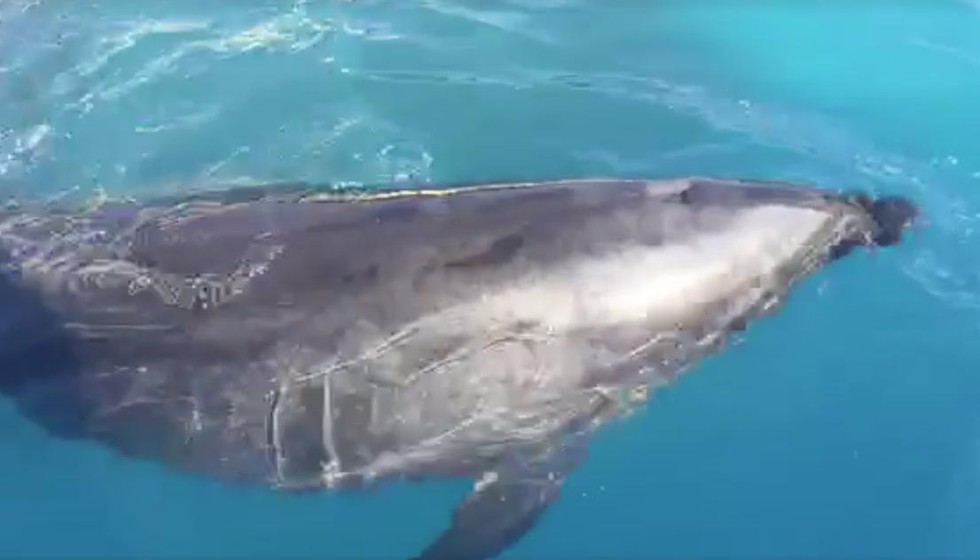 “You see that in captivity,” Courtney Vail, marine consultant for the Animal Welfare Institute (AWI), told The Dodo. “You see heavily raked dolphins — it’s a product of aggression or just inappropriate social structure in that kind of grouping.” 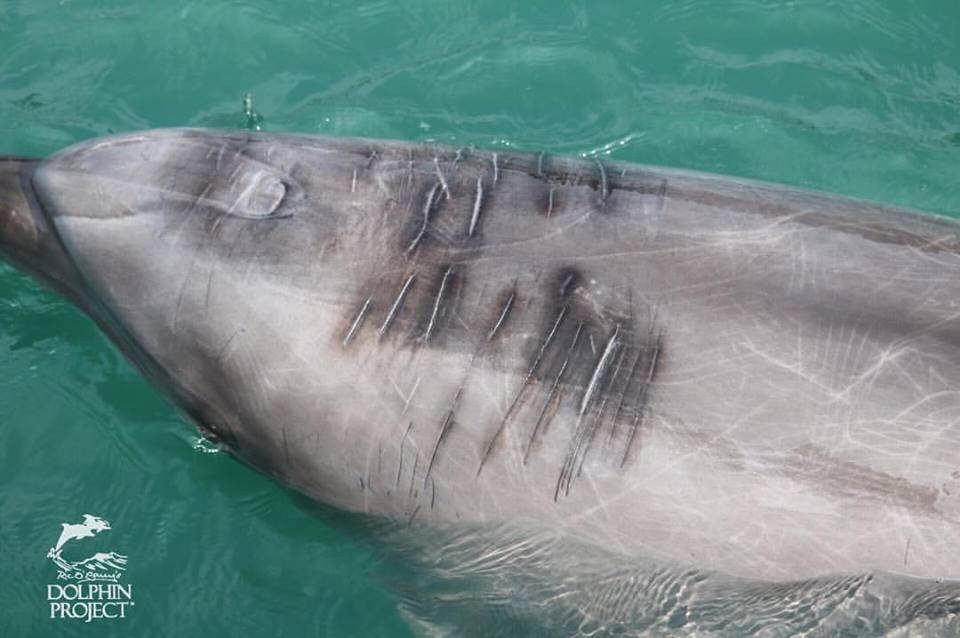 Another dolphin with rake marks — not featured in the videoDolphin Project

Not much is known about the dolphins’ individual histories, but Gau is certain the dolphins were captured during Japan’s annual dolphin drives in Taiji, Japan — probably in last year’s hunt. 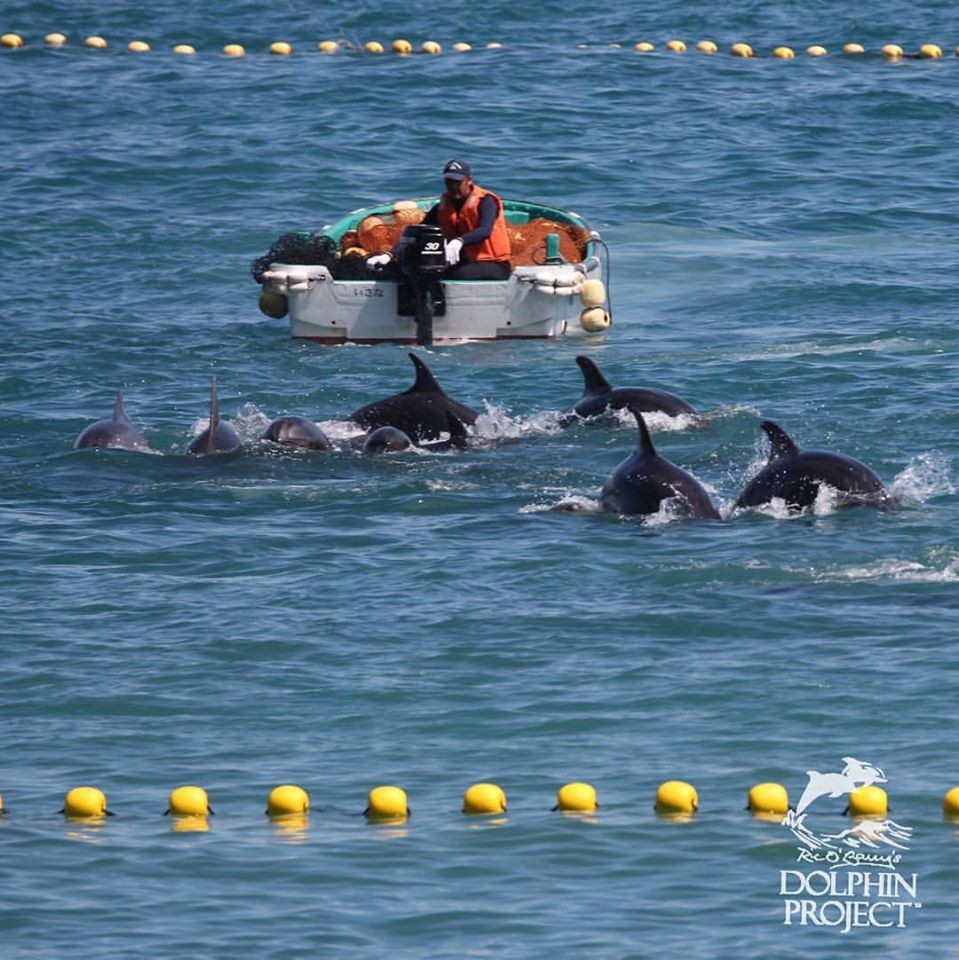 A fisherman driving wild dolphins into the coveDolphin Project

Every year between September and March, Japanese fishermen drive entire pods of wild dolphins into a notorious killing cove by hitting metal poles on their boats with hammers, which disrupts dolphins’ sonar capacities and creates a “wall” of sound. Once the dolphins are rounded up, people choose the most “attractive” ones to sell to dolphinariums and swim-with-the-dolphin programs, mostly in Asia and the Middle East.

The remaining dolphins are murdered for their meat, often right in front of their family members. On killing days, the cove runs red with the dolphins’ blood. 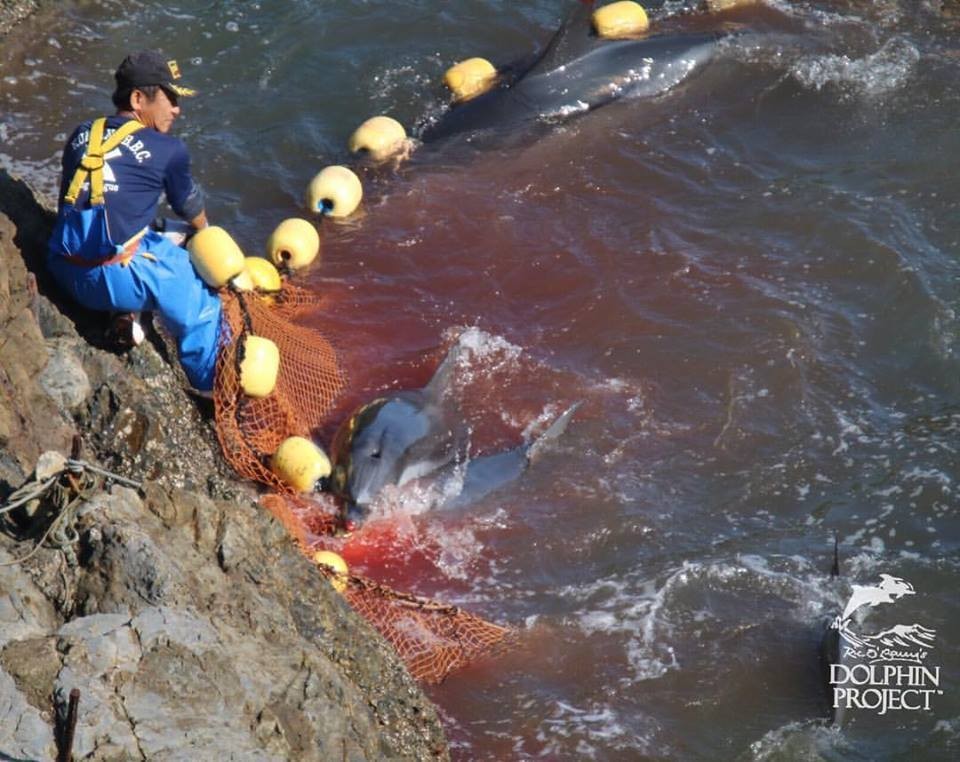 The water in the cove turning red with bloodDolphin Project

“These animals have been traumatized by the entire process of being driven into the cove,” Vail said. “If they even survive that, they are behind the curve psychologically and physically.”

But the trauma doesn’t end there. The survivors then face a lifetime of captivity. 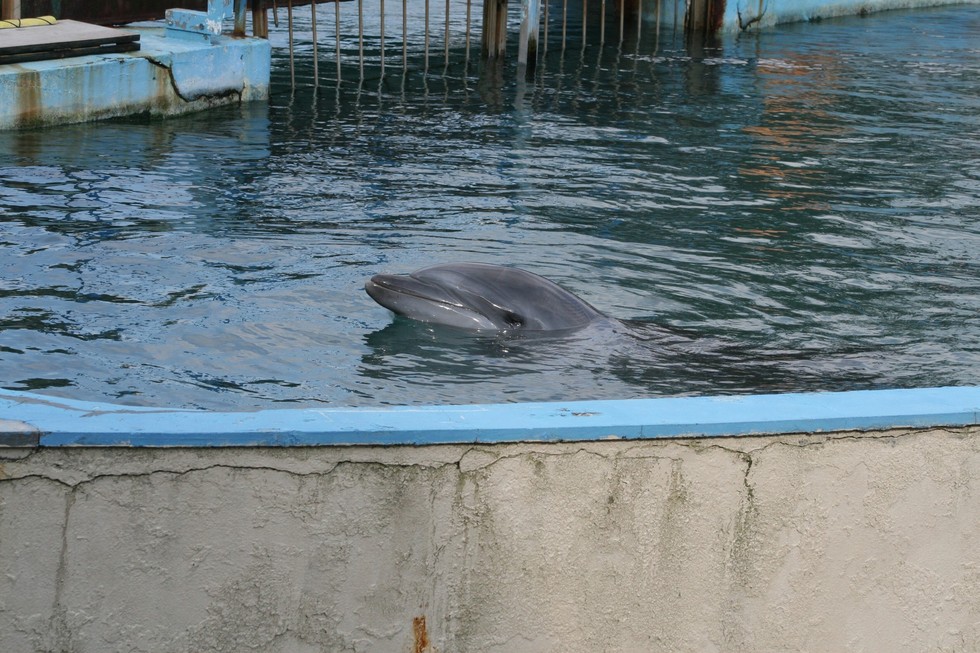 For the dolphins in the video (which was captured by Ric O’Barry’s Dolphin Project), their lives are now confined to a cramped outdoor tank. While the exact measurements of the tank are unknown, Gau estimates that it’s only about 60 feet long and 10 to 15 feet deep.

Whatever the size, it doesn’t seem big enough for one dolphin, let alone three. 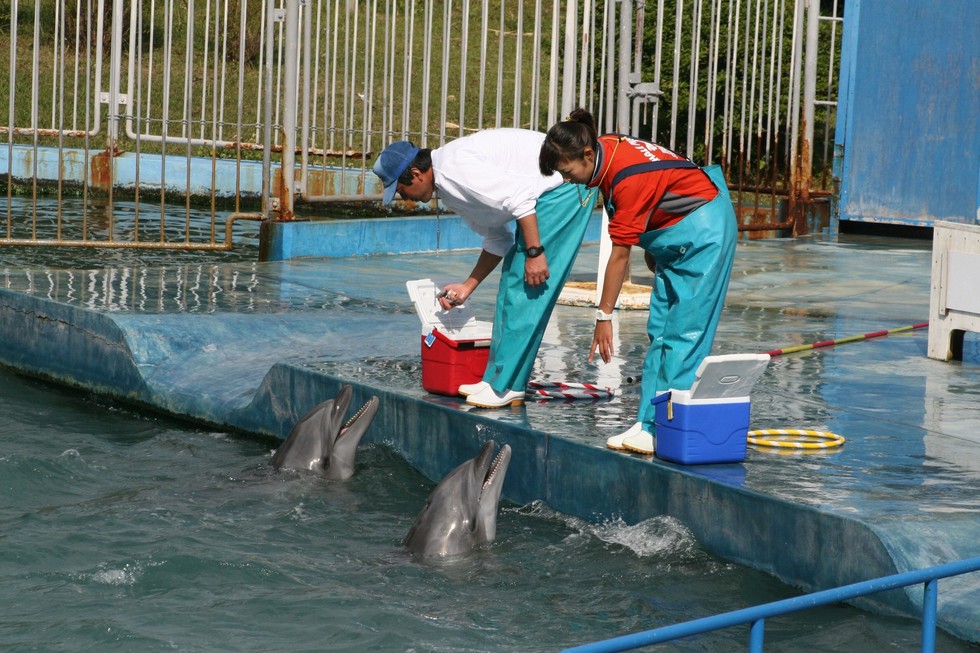 Feeding time at another tank at the Taiji Whale MuseumCourtney Vail

The water condition is also terrible. “Being in the vicinity we can smell chlorine, so the water is being treated,” Gau explained. “The saltwater is laced with chlorine and copper sulfate in order to kill the heavy bacteria buildup. Dolphins urinate and defecate three to five times the amount that humans do. They are literally living in a toilet bowl. Ironically, the sea is only a few hundred meters away from the show tank. So is a kiosk which sells dolphin meat.” 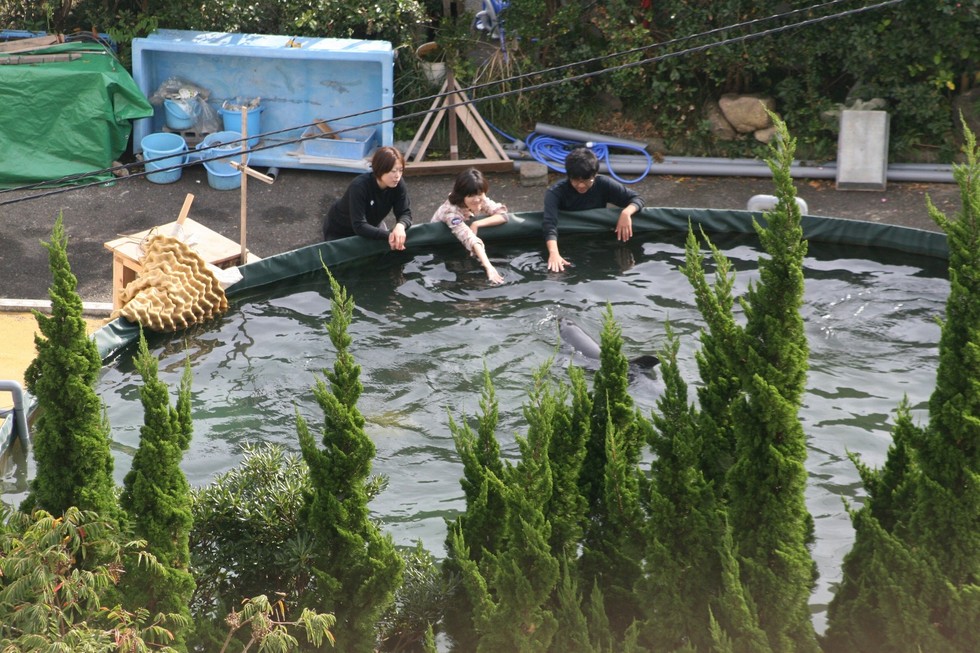 Besides these deplorable living conditions, bottlenose dolphins and Pacific wide-sided dolphins don’t normally live together, so their cohabitation would probably cause extra tension. “They’re not species who normally associate in the wild,” Vail said. “It’s difficult to see such amazing creatures in such small quarters, obviously, and in such horrible conditions.” 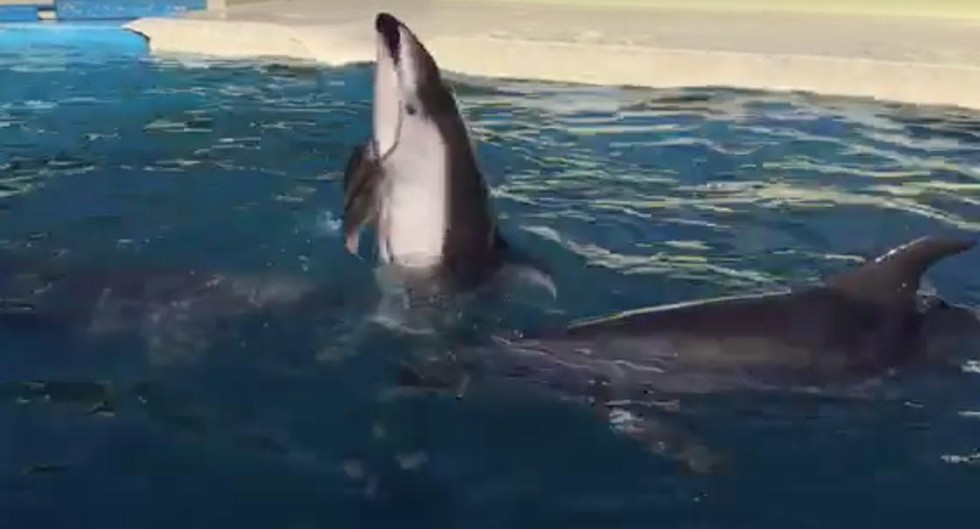 “Since they’re different species entirely they wouldn’t associate in nature,” Gau said. “They speak different languages and in the open ocean the pods would probably never interact or would steer clear of each other. Being forced to share a small space with a stranger can lead to added stress.” 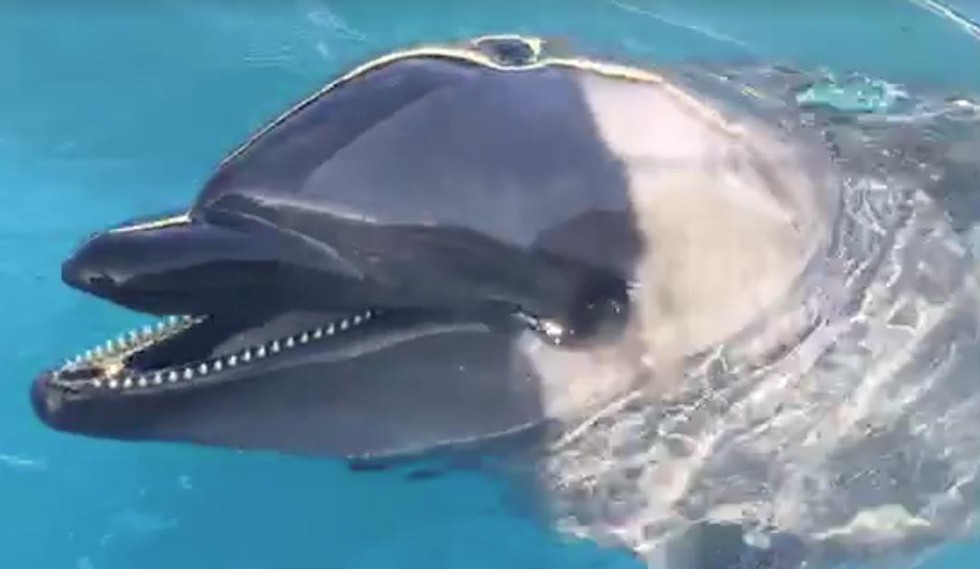 One of the bottlenose dolphins from the videoDolphin Project

Sadly, Vail doesn’t see much of a future for these dolphins. “I don’t anticipate many of those dolphins surviving long in the whale museum, just considering the trauma they’ve been through, on the front end, and then the poor care and conditions on the back end,” she said. 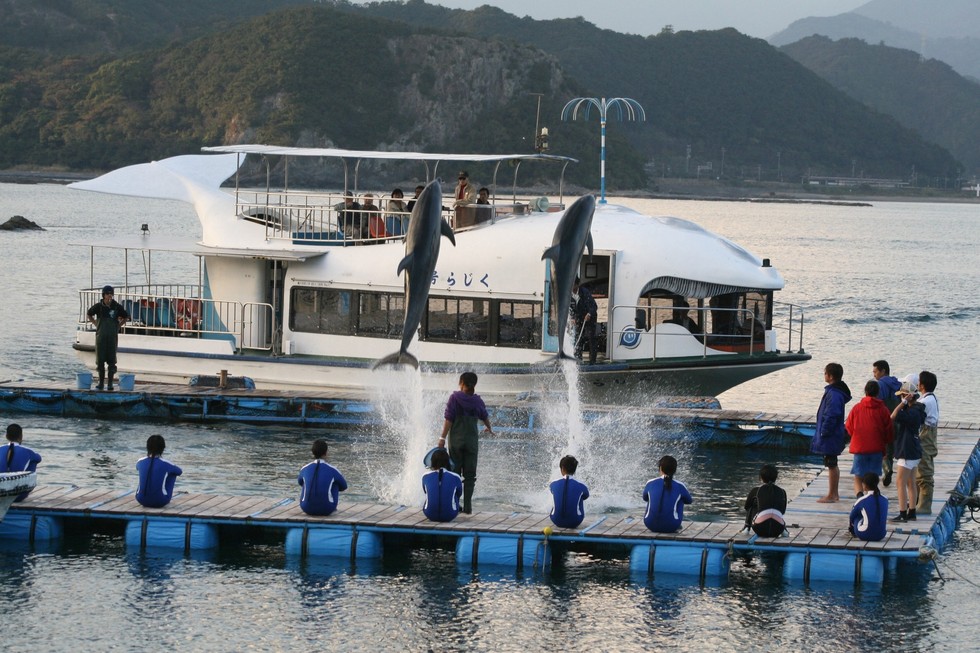 A dolphin performance at the Dolphin Base in TaijiCourtney Vail

In the wild, both bottlenose dolphins and Pacific white-sided dolphins can live for more than 40 years. But in captivity, dolphins may only live for five years.

The situation might seem hopeless, but there are some simple things you can do.. You can help Ric O’Barry’s Dolphin Project continue to monitor Taiji by making a donation here. You can also visit The Dolphin Project to sign a petition and learn more about how you can help stop the hunt in Taiji.

Satellite Tag on Rare Killer Whale Causes it to Die: Science, or Terrorism?