Giraffes are one of the most loved animals in the world. These long-necked, black-tongued animals commonly feature in children’s books, and people flock to Africa to see them in the wild. But these iconic animals are being pushed toward extinction, thanks to a thriving market for giraffe body parts in the U.S. and other parts of the world.

The Humane Society of the United States (HSUS) and the Humane Society International (HSI) recently investigated 21 stores in California, Florida, Maryland, North Carolina, New York, Oklahoma, Tennessee and Texas, as well as the Dallas Safari Club expo, where giraffe skins, rugs and other trinkets are being sold to consumers. 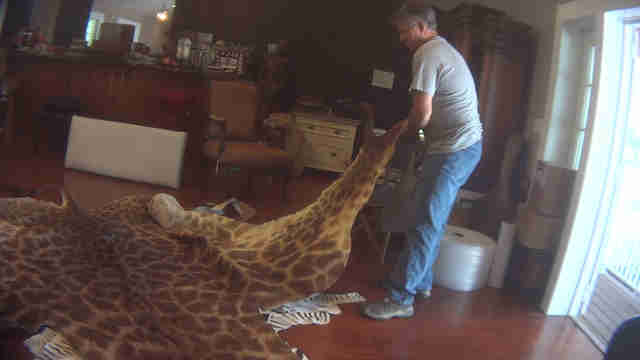 Unfortunately, giraffes aren’t protected under the Convention on International Trade in Endangered Species of Wild Fauna and Flora (CITES) nor the Endangered Species Act (ESA) — so giraffe body parts can be legally imported into the U.S. and sold to buyers without many regulations. 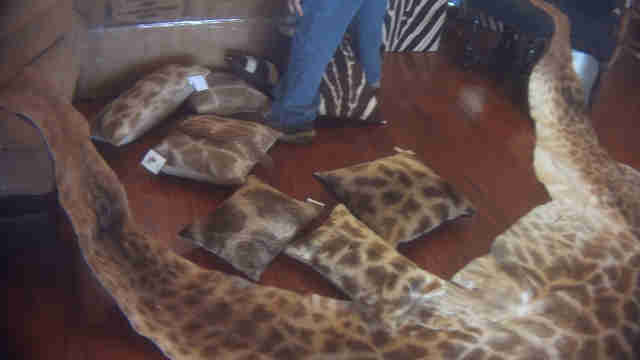 Elephant ivory, on the other hand, is subject to tighter regulations in the U.S. — in most circumstances, ivory cannot be brought into the U.S. or traded, although some exceptions apply. Since giraffe parts aren’t subject to the same regulations as elephant ivory, giraffe products are becoming more and more desirable to some buyers seeking exotic products, according to Adam Peyman, manager of programs and operations for the wildlife department in HSI. 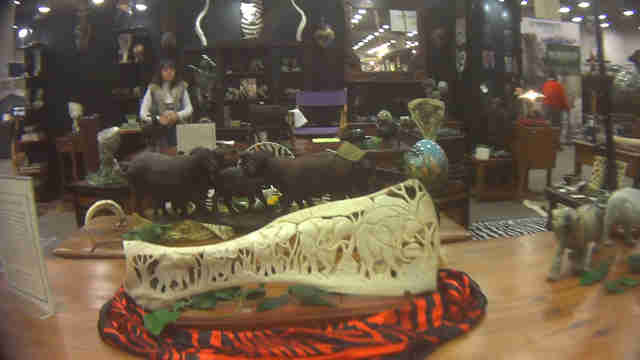 “One of the sellers that was offering giraffe products for sale mentioned that this was a ‘new exotic,’ and indeed, it may be gaining in popularity because it’s completely unregulated,” Peyman told The Dodo.

Most of these giraffe parts are byproducts of the trophy hunting industries in South Africa and Zimbabwe. When trophy hunters kill a giraffe, they often only keep the head and neck or even just the tail, Peyman explained — but this leaves a lot of the animal leftover. 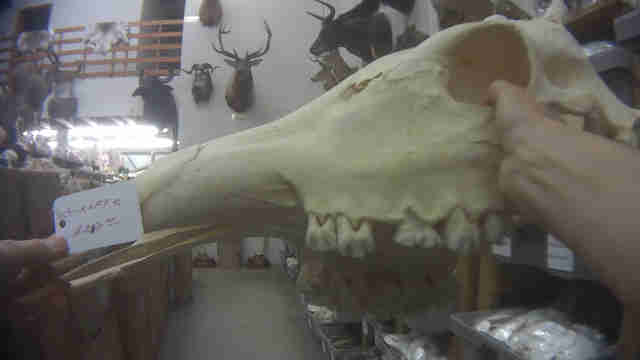 “The outfitter is free to do whatever they like with it,” Peyman said. “So oftentimes, it seems like they will capitalize on every last bit of the carcass … so taxidermy or other industries that might make use of whatever animal products you might have. Knife manufacturers that will use the bones for a knife handle, or pistol grips, or tanned hides to make pillows.”

These aren’t the only products being made out of giraffe parts — there are also rugs, jackets, boots, bracelets, skulls and taxidermied body parts like feet and heads. 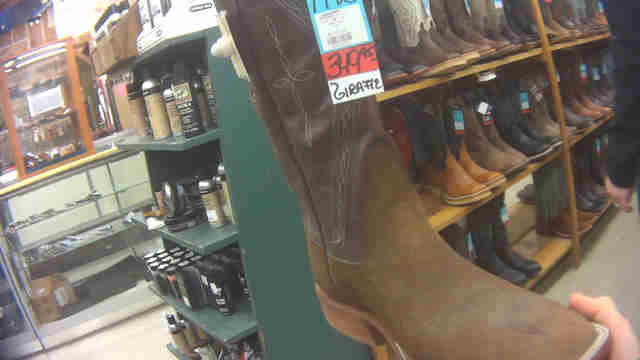 “I think one of the most shocking and sickening examples of how they try to commodify this and squeeze every last cent out of these carcasses was a pillow that our investigator found, being sold by one of these sellers, that basically had a giraffe’s face stitched in as the face of the pillow, and you could see the giraffe’s eye, complete with the eyelashes,” Peyman said. “It was horrifying.”

“There was another seller who was selling a baby giraffe,” Peyman added. “The whole body had been preserved as a taxidermy mount trophy, so that, too, is pretty horrifying. To think that the juvenile has lost its life, and it becomes a decoration in someone’s home. You often see people put hats or something on the head … they’re completely insensitive.” 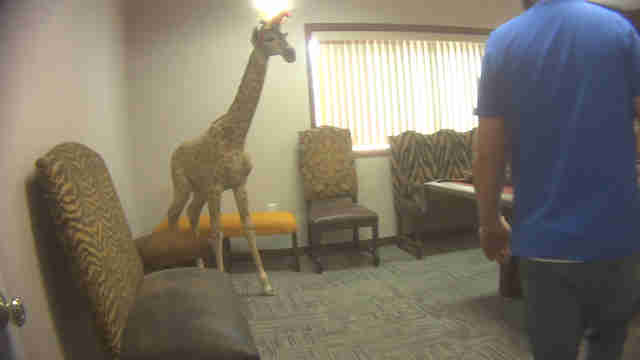 Over the past 30 years, giraffe populations have plummeted 60 percent, from about 163,000 in 1985 to just over 97,000 last year. The International Union for the Conservation of Nature (IUCN), which tracks species populations, lists giraffes as “vulnerable” to becoming endangered. The animal’s main threats are habitat loss and illegal poaching, although trophy hunting and the trade of giraffe parts would certainly be playing a role as well, Peyman explained. 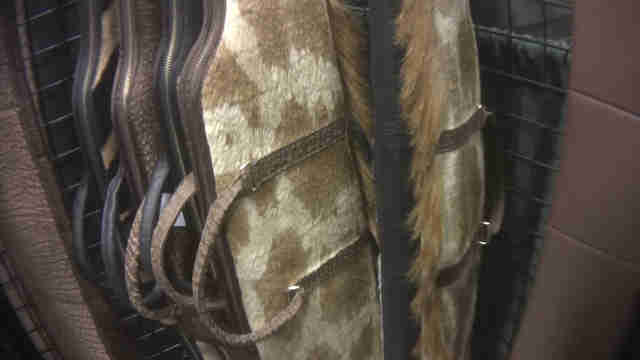 “On average, Americans import about one giraffe per day,” Peyman said. “So it raises concern that this is going to add additional pressure to the species, and that populations will continue to decline.”

With the U.S. acting as one of the biggest markets for giraffe parts, Peyman believes that getting giraffes listed as an endangered species under the ESA would help tighten rules and regulations about importing and selling giraffe parts — and help protect these lovable animals in the wild. 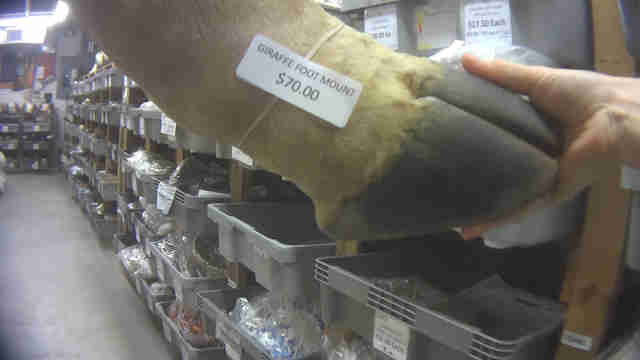 “We need to raise the profile of giraffes,” Peyman said. “Everyone — even small children — knows what a giraffe is … but I think there’s a relatively low awareness to the fact that these animals are suffering in what experts have dubbed as a ‘silent extinction’ over the past few decades.”

To help protect wild giraffes, you can sign this petition or make a donation to HSUS or HSI.

Could This Rare Footage Mean The Return Of Grey Wolves In California?