A horse has died after being terrified by a fireworks display. The horse, called Solo, ran around so much in panic and fear that he suffered a ‘twisted gut’ and died.

Solo’s owner, Fiona Hohmann, has made public the photos of her dead horse in the hope that it will teach some people a lesson about the reaction that animals have to fireworks.

57 year old Hohmann had owned Solo for around five years on a farm near Swansea, South Wales. She received the heart-breaking news via a phone call from a neighbour on Sunday night after they had found the horse in distress and pain. 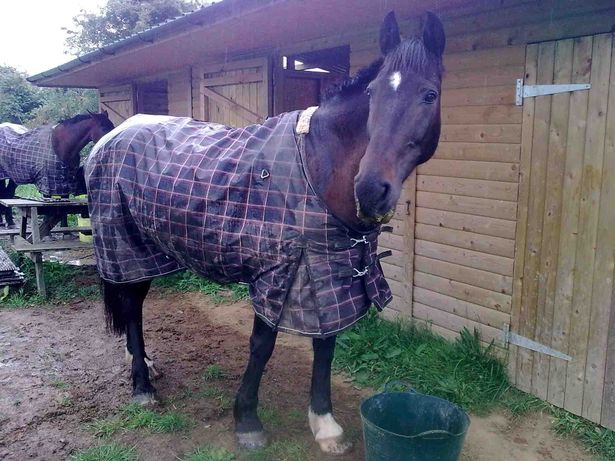 Hohmann told Wales Online: “On Sunday morning I had a call from a neighbour and immediately I knew something was wrong, so I went straight to the field.

“I knew Solo was dying. It was heart-breaking to see.

“I don’t want to spoil people’s fun and on Bonfire night you can prepare for fireworks and just get on with it.

“A week after bonfire night, fireworks should not be allowed to take place.” 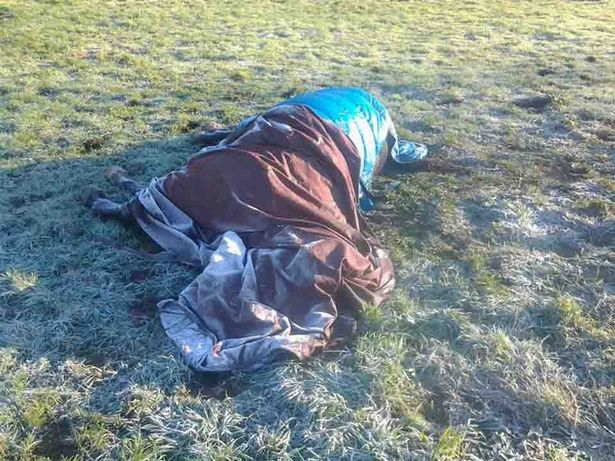 She continued: “How was I supposed to know that a display would be going off.

“I know first hand just how scared Solo is of fireworks, on bonfire night I locked him inside his stable and I stayed with him until midnight to calm him down.

“On Saturday night he was alone, and he was able to run loose on two fields.

“When the vet arrived, they said that they were left with no choice but to put him down. They said Solo was in so much pain that he would have died within the next hour.

“The vet told me that he twisted his gut in panic from the noise. He was suffering alone for 14 hours.

“He had galloped round the field so much all the grass was all chewed up.

“I feel terrible that he suffered all night alone, there was just nothing that I could do.”

Hohmann said that she would have acted differently with regards to Solo if she had known that the display was taking place. 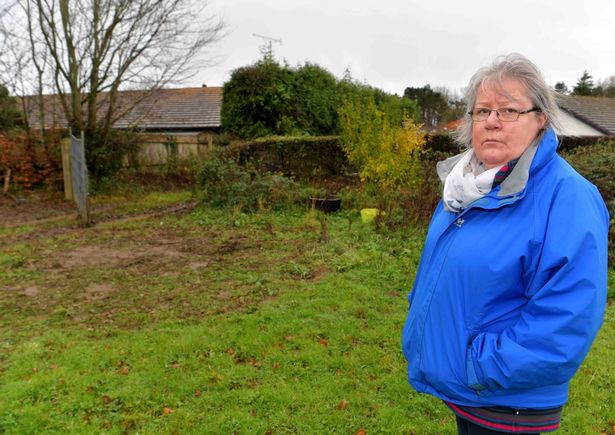 She explained: “I was watching television so I couldn’t hear the fireworks, I just heard some at midnight but I thought that was it. I have now found out that the display was huge,

“My neighbour said that you could tell the person had spent a lot of money on the fireworks.

“This would never have happened if we knew the display was taking place.

“My heart is truly broken. Myself and my husband are devastated. It’s bad enough losing an animal to illness or disease but this was just unnecessary distress and pain.”

An RSPCA Cymru spokesperson said: “We are very saddened to hear about this incident and our thoughts are with the horse’s owner.

“Many animals, of all shapes and sizes, find fireworks frightening, and it is important for people to remain responsible and bear in mind that animals may become confused, distressed and can even go into shock when fireworks are let off in or around their immediate surroundings.

“Many animals have very acute hearing and suffer greatly from stress as a result of firework displays each year.

“Not only this, but fireworks can also in some circumstances be extremely dangerous and can result in serious injuries or even death to an animal.

“We would always advise that people should never set off fireworks close to any animal and wherever possible, people should tell their neighbours of any plans for a display in advance so that pet owners have time to effectively prepare and keep their animals calm and safe.”

The statement continued: “In a situation where setting them off near animals and wildlife cannot be avoided, fireworks should be directed well away from any animals nearby and should attempt to cause the least disruption possible.

“If you find an animal that you think may be suffering or in shock as a result of fireworks please contact a local vet immediately for advice or, in the instance of a cruelty incident, please contact our national cruelty line on 0300 1234 999.”

Think on, guys. Fireworks are fun and all, but animals are not so keen on them.