It is the last place on Earth where elephants, tigers, rhinos and orangutans still live together.

But the Leuser ecosystem on the island of Sumatra – home to some of the world’s most ancient forests – is gradually being destroyed by giant corporations, a leading conservationist has warned.

A campaign called Love the Leuser has now been launched in an effort to “save a global treasure”.

In an article for US News & World Report, Dr Ian Singleton painted a picture of the Indonesian area’s extraordinary natural beauty and its importance on a global scale.

“If the Amazon rainforests are the lungs of the Earth, the Leuser is its heart – beating with vitality for us all,” he wrote.

But he also described how “industrial” palm oil plantations, mining, logging, energy projects and new roads and infrastructure were “eating away at every corner of the ecosystem”.

“From its pristine tropical beaches to its rugged high mountaintops, the Leuser ecosystem pulses with life,” Dr Singleton wrote.

“It is the last place on Earth where Southeast Asia’s most iconic species – orangutans, tigers, rhinos and elephants – still live side by side in the wild.

“To step into Leuser’s steamy rainforests is to experience a serenade of biodiversity, a cacophony of buzzing insects, singing birds, croaking frogs, and loud-calling primates.”

Leuser, he said, was home to some 382 bird species, at least 105 different mammals and 95 reptiles and amphibians. It helped provide clean water for millions of people and acted as a massive store of carbon.

“But Leuser’s forests face a growing threat,” the article continued.

“Despite being protected by Indonesian law, the ecosystem is under siege for short-term profits.

“Corporate interests such as industrial pulp and palm oil plantations, mining and logging operations, energy projects, and all the roads and infrastructure that get built to support them, are eating away at every corner of the ecosystem.

“As the last remaining intact lowland forests and peat lands are being cleared, drained burned and carved up into smaller fragments, all of the region’s threatened and endangered species, many of them endemic and found nowhere else in the world, are being pushed closer to the brink of extinction.”

He said the Sumatran orangutan could “easily become the first great ape species to go extinct in the wild if Leuser’s lowland forests and peat lands continue to be destroyed”.

And there were now believed to be just “a few hundred Sumatran tigers” and “even fewer Sumatran rhinos” in the wild.

“For sure, if we lose Leuser we will lose these species and countless others as well, forever,” Dr Singleton argued.

He called for people all over the world to help save the area.

“The ‘Love the Leuser ecosystem’ movement is a global effort to raise the profile of this amazing, unique, and totally irreplaceable place in the imagination of everyone, everywhere – to make it a global household name,” Dr Singleton wrote. 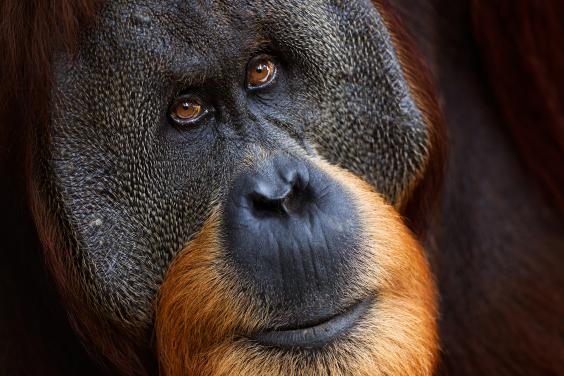 “A gleaming bright international spotlight on Leuser will send a clear signal to political and corporate decision-makers that the world won’t tolerate its destruction.

“With a united global movement demanding its protection, we will build greater pressure and increase the risk to the public image and reputation of anyone seeking to profit from the demise of Leuser’s forests. I hope you will join us.”

Couple Rescues Abandoned Dog, Posts Message To The “Dirt Bag” That Dumped Him