Like many Texas cities, Abilene has a stray dog problem. Amid that crowd of castaways and refugees, a dog like Via could have easily been overlooked.

For a pit bull, she was a little on the small side. She was ghostly thin and had a gaping wound on her head. It was also raining hard when Lea Frissen found her crouched low to the ground near a bush. 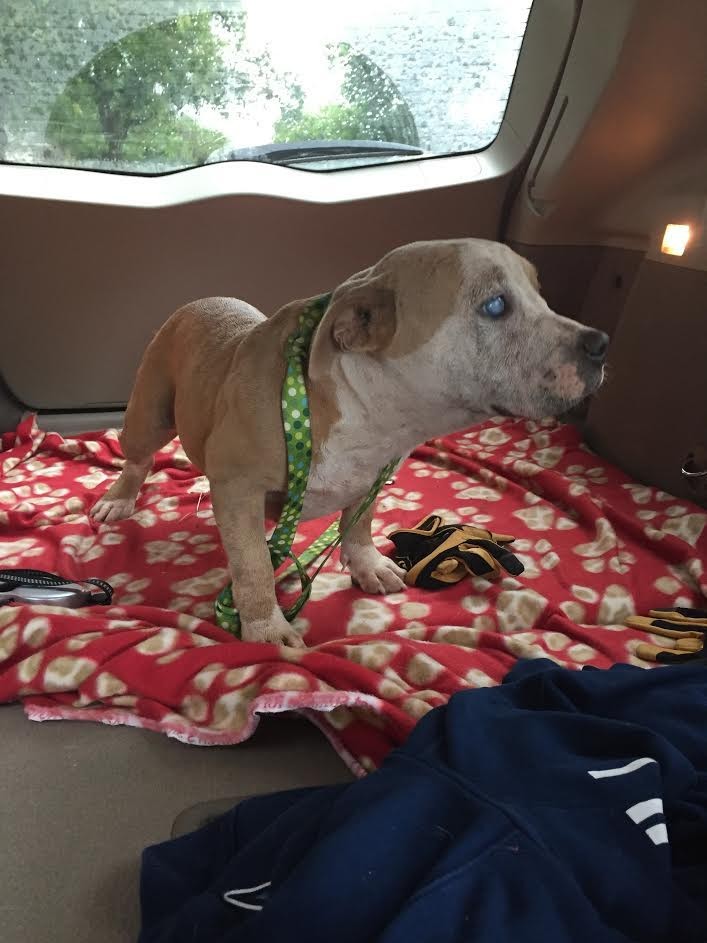 But Frissen has an eye for underdogs. As an independent rescuer, she’s picked up 39 strays from the streets of Abilene, finding happy endings for all of them.

Last July, she saw a Facebook post about a hurting pit bull — and raced to the scene.

“When I got out of the car she slowly crawled to me and ducked her head as if she was somewhat fearful,” Frissen says. “I looped a leash around her neck and lifted her into the back of the car.” 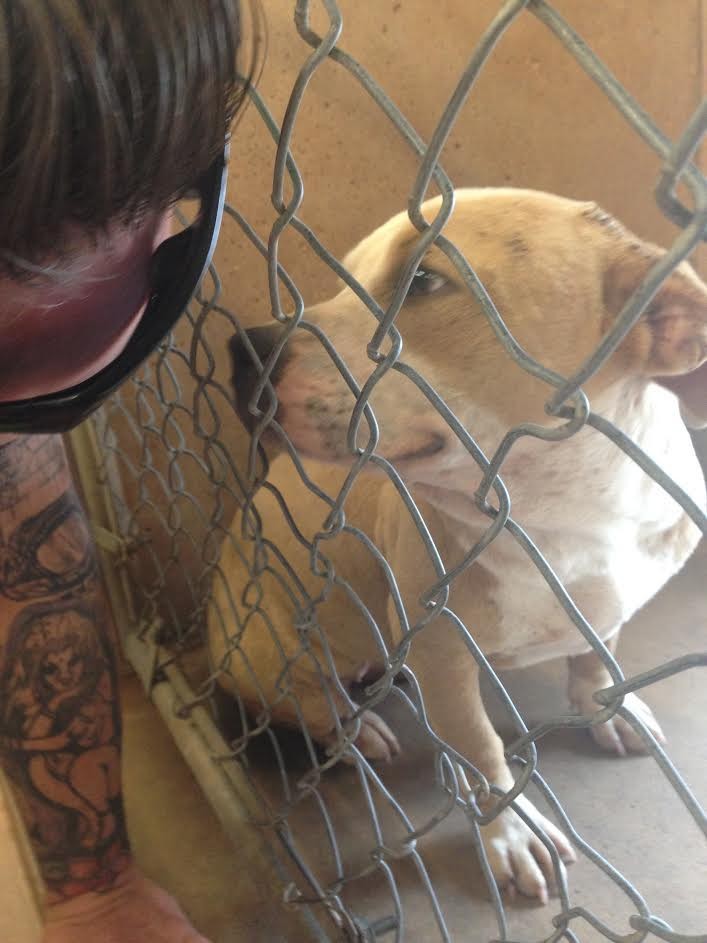 The thing is, Frissen couldn’t take Via home. She had just picked up another stray the day before. So she reluctantly drove the dog to a local shelter, hoping staff there would find a microchip.

No such luck. Frissen got to work, instead, on spreading Via’s message far and wide on social media. She got a message from someone who knew Via. In fact, it turned out Via had been “rescued” once before. Someone had found her on the streets weeks earlier and managed to get her back to her owner. That earlier rescue described a yard filled with angry, barking pit bulls. It looked like dogs were being bred to fight.

It’s no wonder Via escaped again.

But this time, her ending would be different. 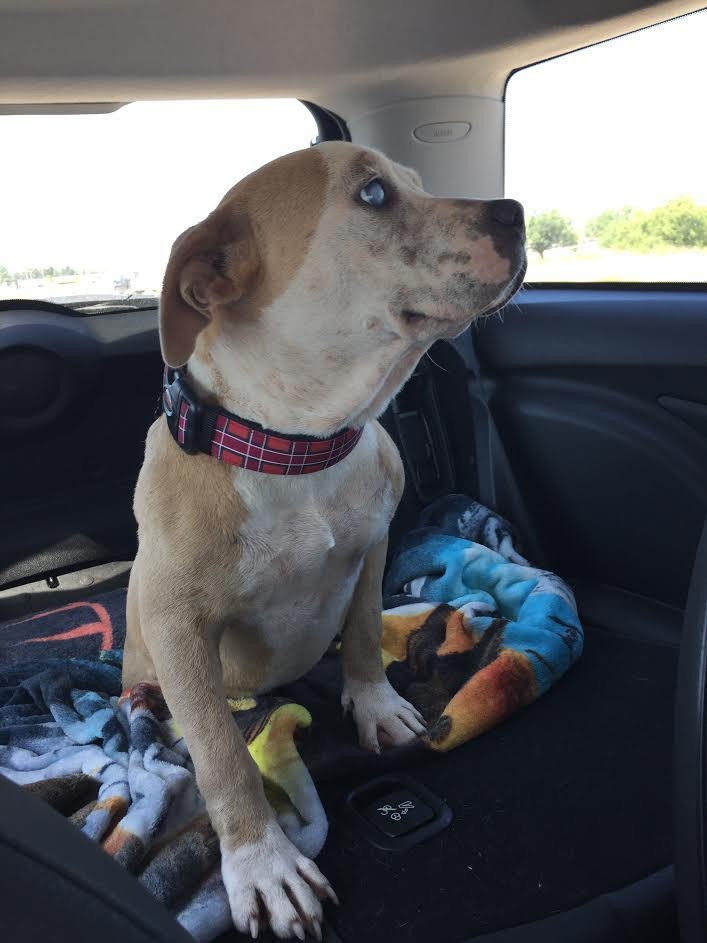 Frissen waited until the very moment the shelter made Via eligible for adoption. That morning, Frissen showed up an hour before the shelter opened — and left with Via.

Today, just months after moving in with Frissen permanently, Via is a dog no longer looking for an exit. 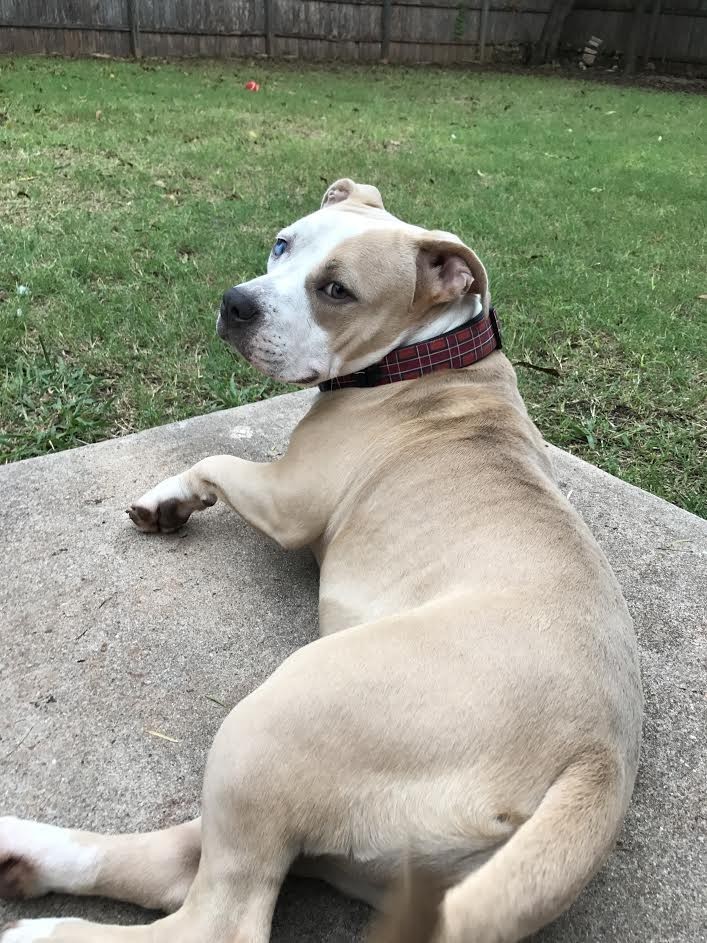 The wounds have healed both inside and out. And she has friends who don’t bite.

Including a Labrador named Bear. Rescued in March, Bear had also been found on the streets. 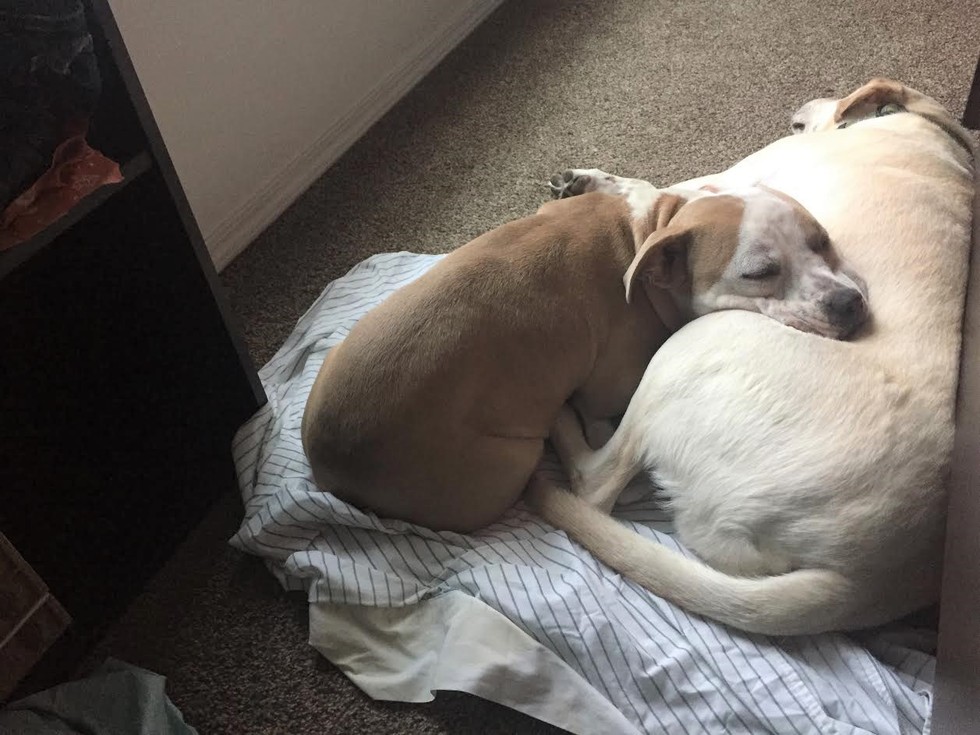 “He’s a senior and he is Via’s soulmate,” Frissen says.

Then there’s a tiny Chihuahua named Itsy, also from the shelter. And Luna, the shepherd mix, and Pika the pug. 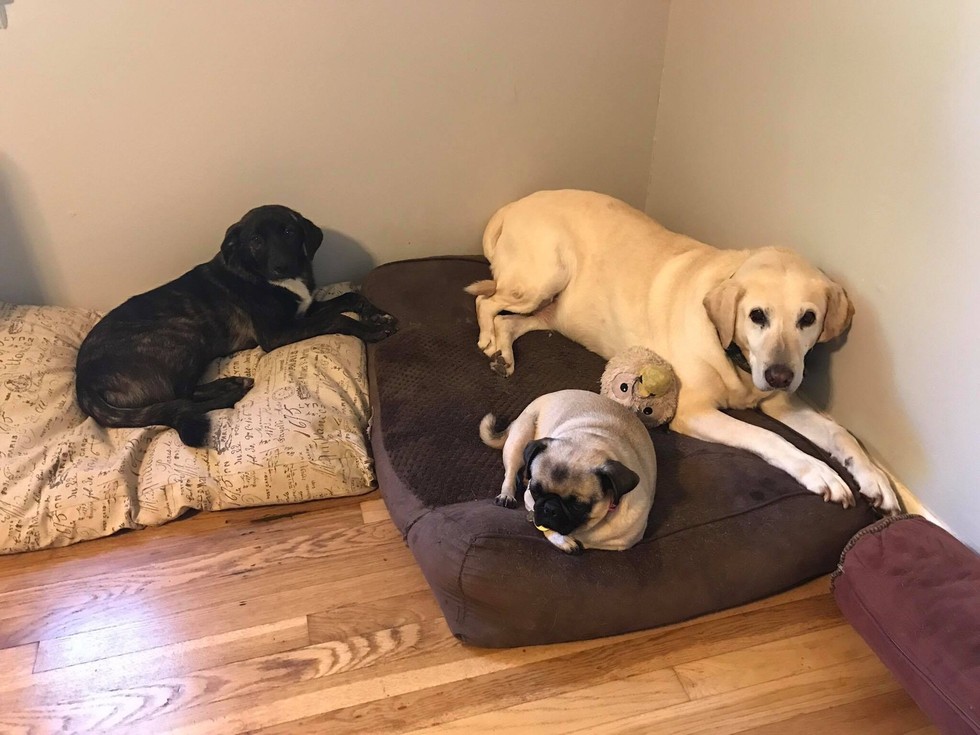 Together, they’re a real family.

“We love her to bits,” Frissen says.

Want to give a dog like Via a chance at a real life? Consider taking home a shelter dog through Adopt-a-Pet.com.

Ringling Bros. Is A Nightmare For Tigers, Expert Says