TEAMS of hunters have been drafted in after a plague of radioactive wild boars took over several towns inside the Fukushima exclusion zone in Japan.

After disaster struck the nuclear power plant in 2011, the area close to the facility was rendered uninhabitable. 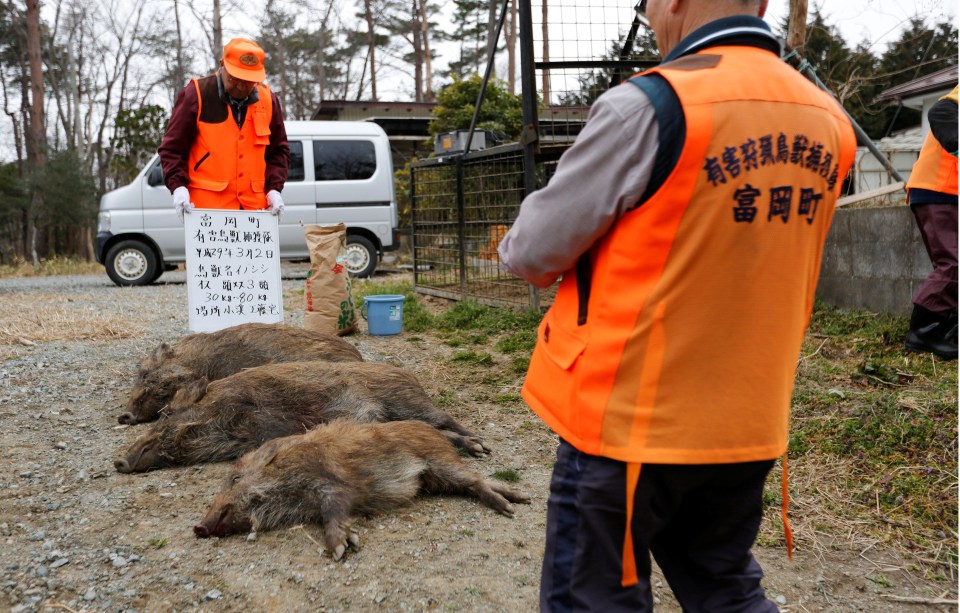 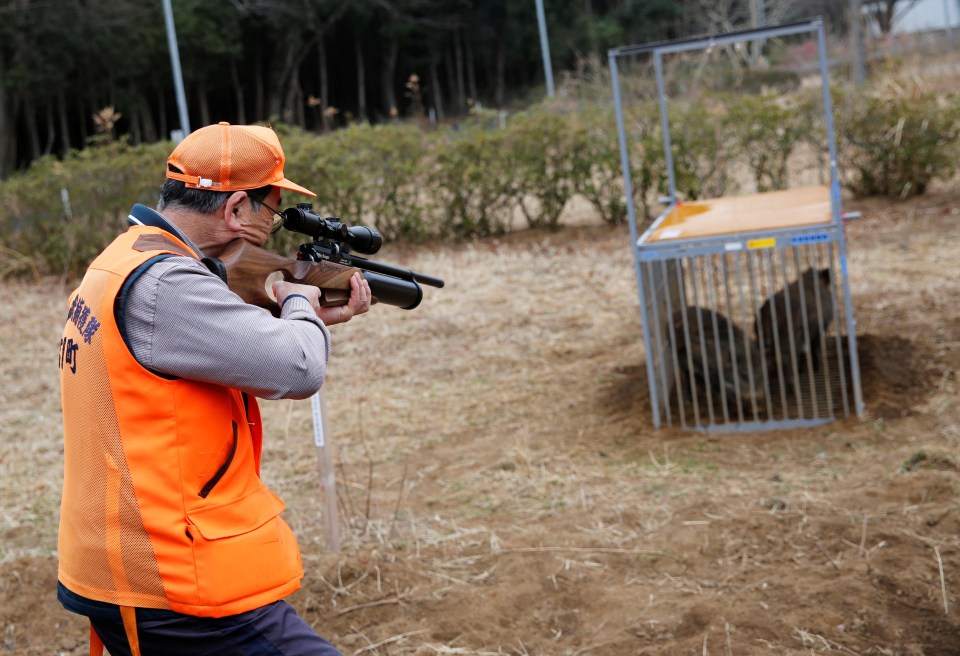 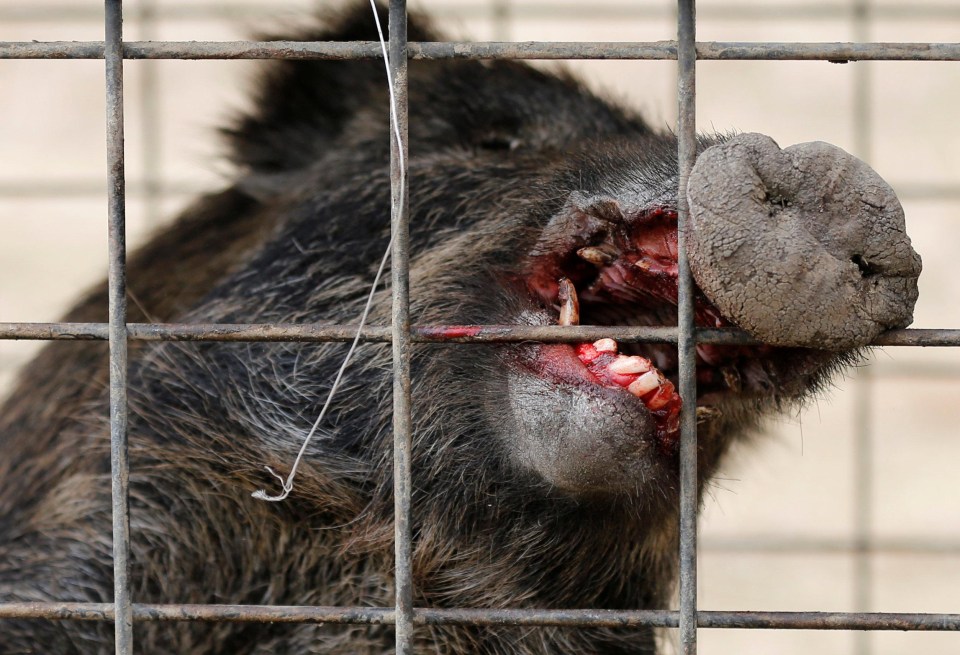 Hundreds of the creatures, which have been known to attack people, have taken over towns evacuated after the nuclear disaster 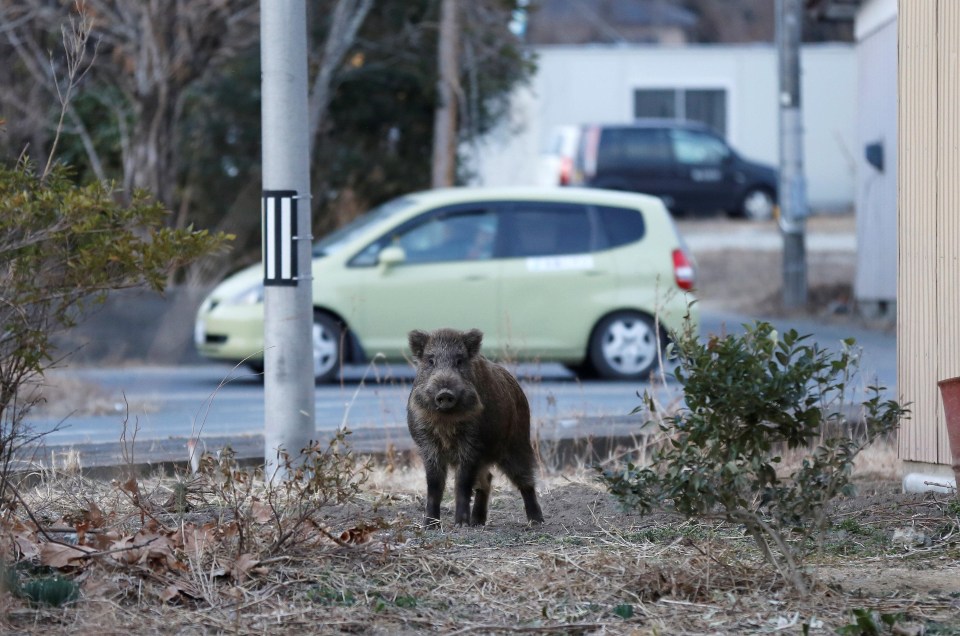 The animals have roamed the streets with impunity for the last six years, and their numbers have boomed

Thousands of local people were evacuated from the area around the stricken plant after the massive radiation leak.

Now, six years on, the Japanese government is preparing to allow some residents to return to their homes.

But apart from concerns over radiation, an unexpected nuisance looms for those preparing to make their way back.

With humans gone, the towns inside the exclusion zone were taken over by wild boars.

Hundreds of the animals, which have been known to attack people when enraged, descended from surrounding hills and forests into the deserted towns.

Now they roam the empty streets and overgrown backyards foraging for food.

And with no people around to compete with, they have multiplied. 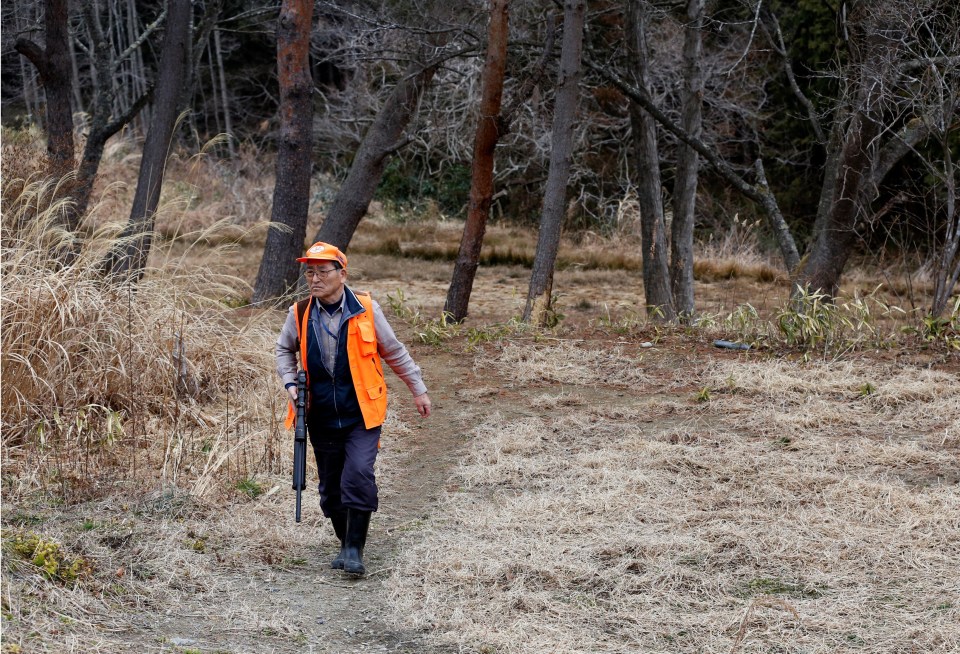 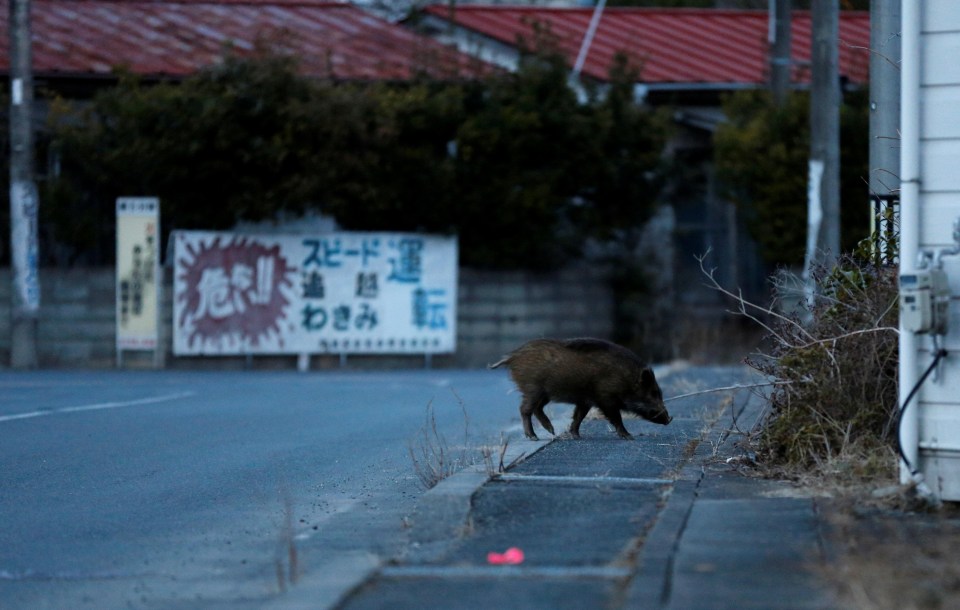 With plenty of food and no humans to chase them away, the boars have flourished in the deserted towns 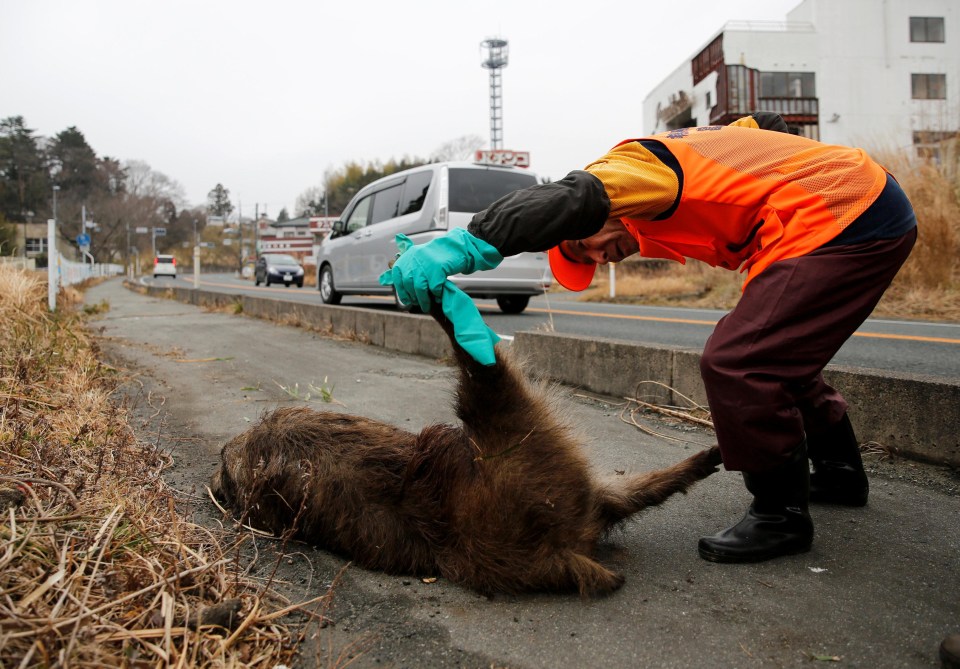 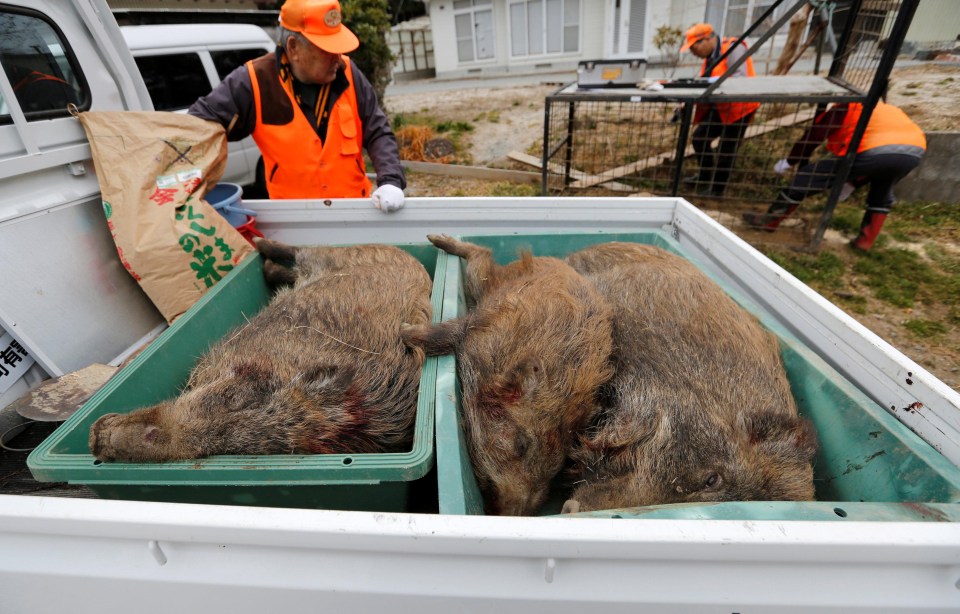 Tamotsu Baba is the mayor of the town of Namie, which has been partially cleared for people to return home at the end of March.

He said: “It is not really clear now which is the master of the town – people or wild boars.

“If we don’t get rid of them and turn this into a human-led town, the situation will get even wilder and uninhabitable.”

Teams of hunters have now been dispatched to cull the rampaging beasts, which are likely to have been contaminated by the radiation from the disaster. 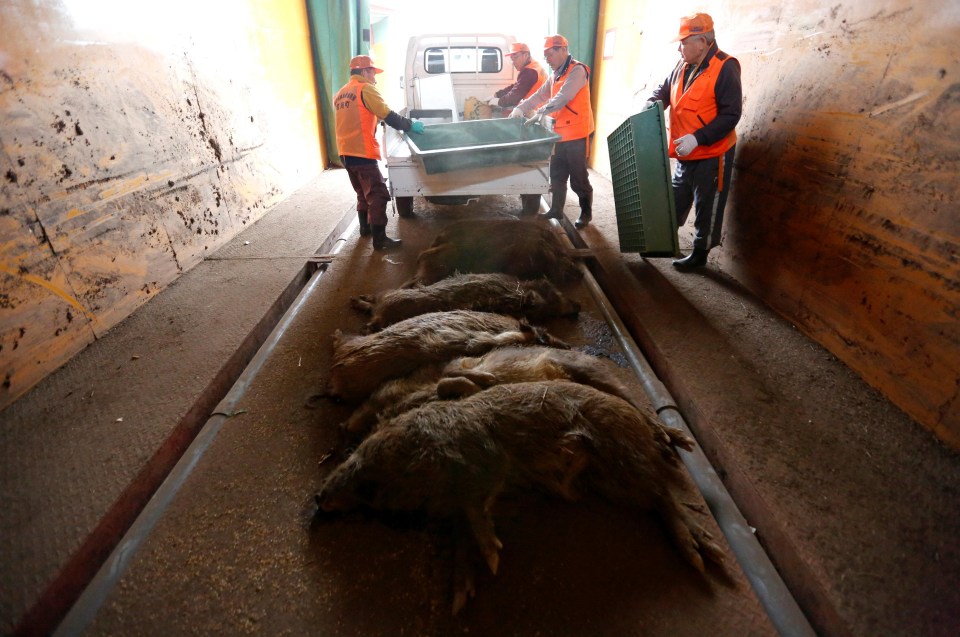 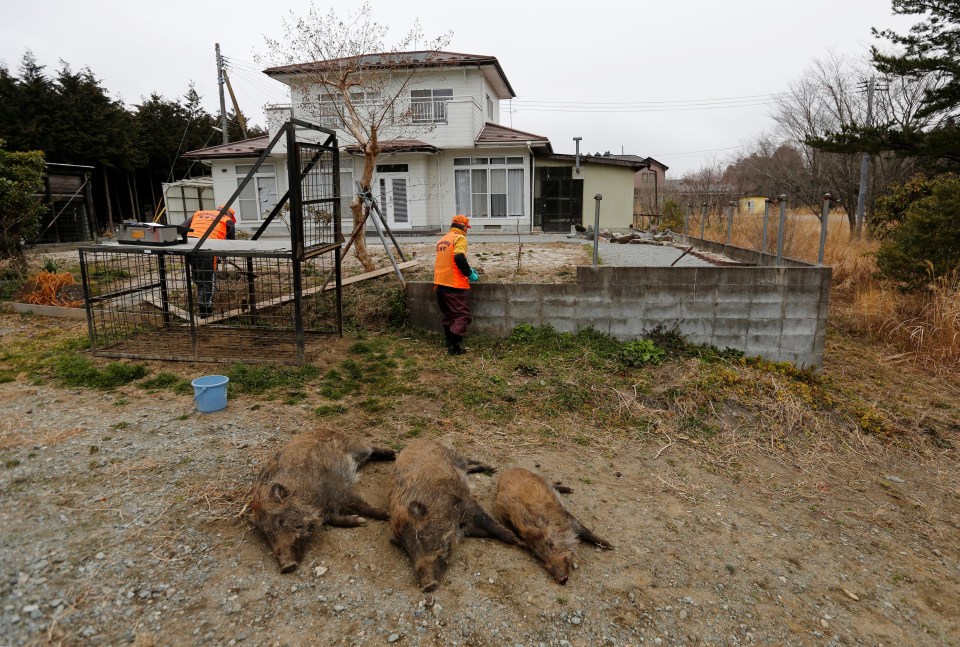 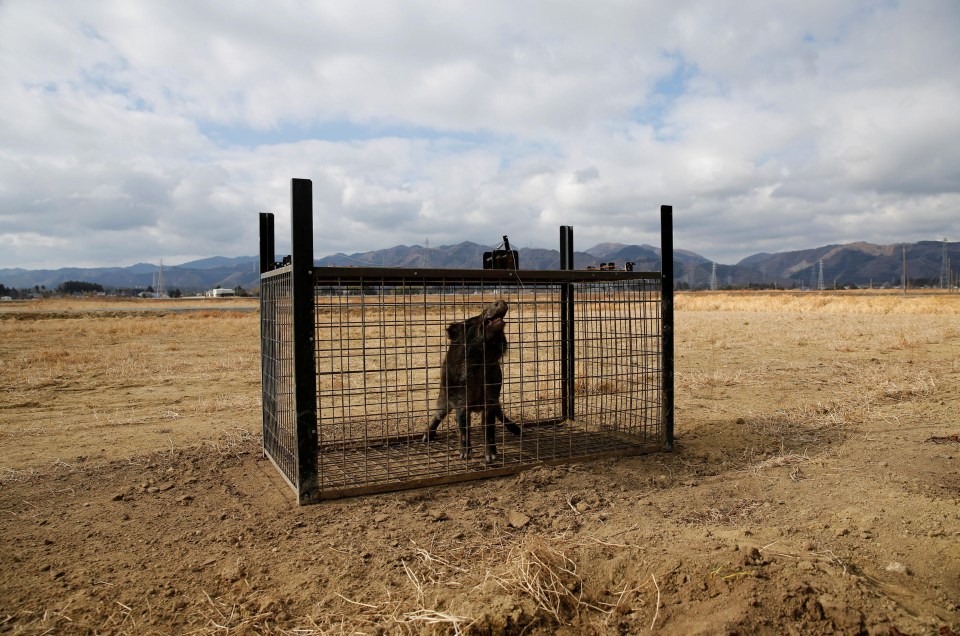 Hunters have been setting traps using rice flour as bait to capture and cull the wild animals, which have taken over the towns 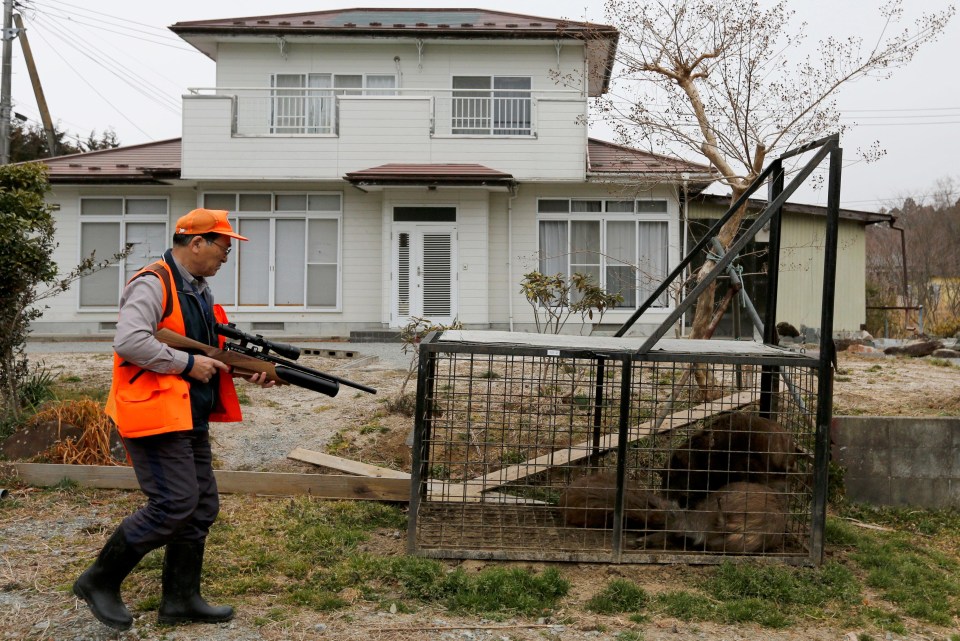 In the nearby town of Tomioka, hunter Shoichiro Sakamoto leads a team of 13 assigned to catch and kill the boars using air rifles.

Twice a week they set around 30 cage traps, using rice flour as bait.

Shoichiro said: “After people left, they began coming down from the mountains and now they are not going back.

“They found a place that was comfortable. There was plenty of food and no one to come after them.”

Since last April, the squad has captured about 300 of the animals.

And the hunter said they plan to keep up their work even after the people begin to return. 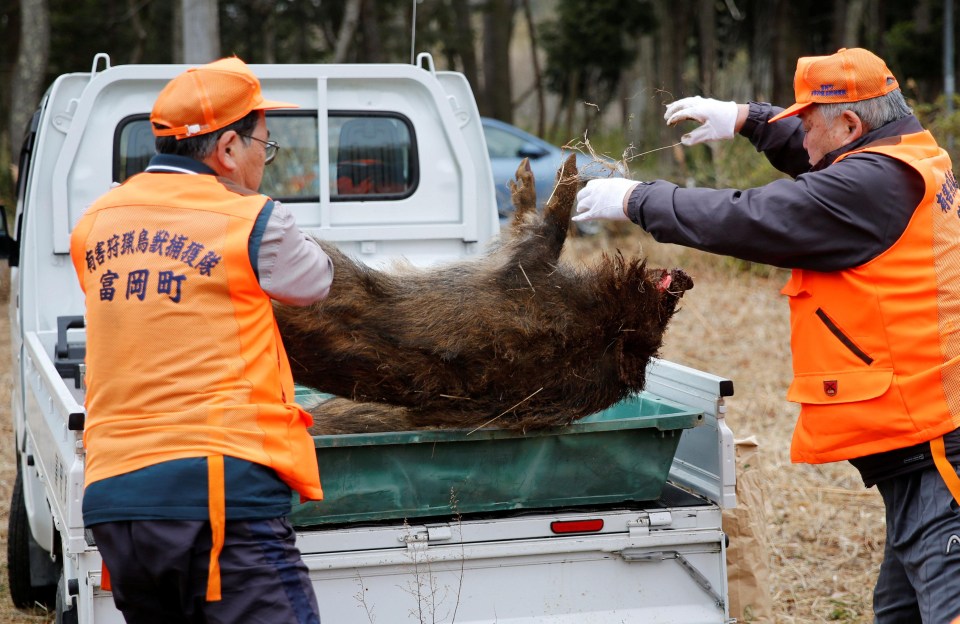 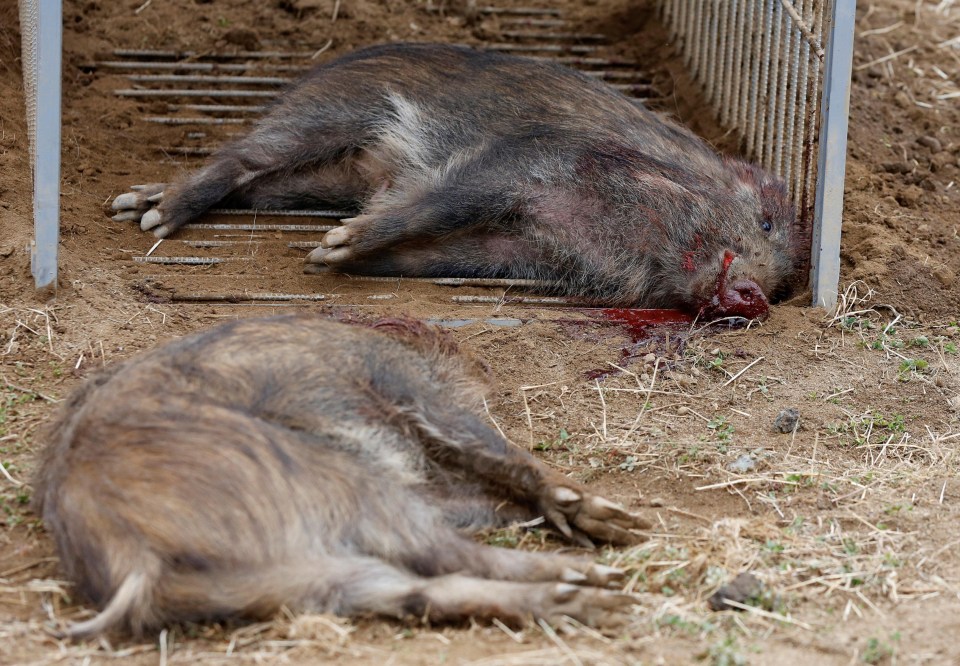 A pair of wild boars lie dead after being shot by hunters inside the Fukushima exclusion zone, Japan 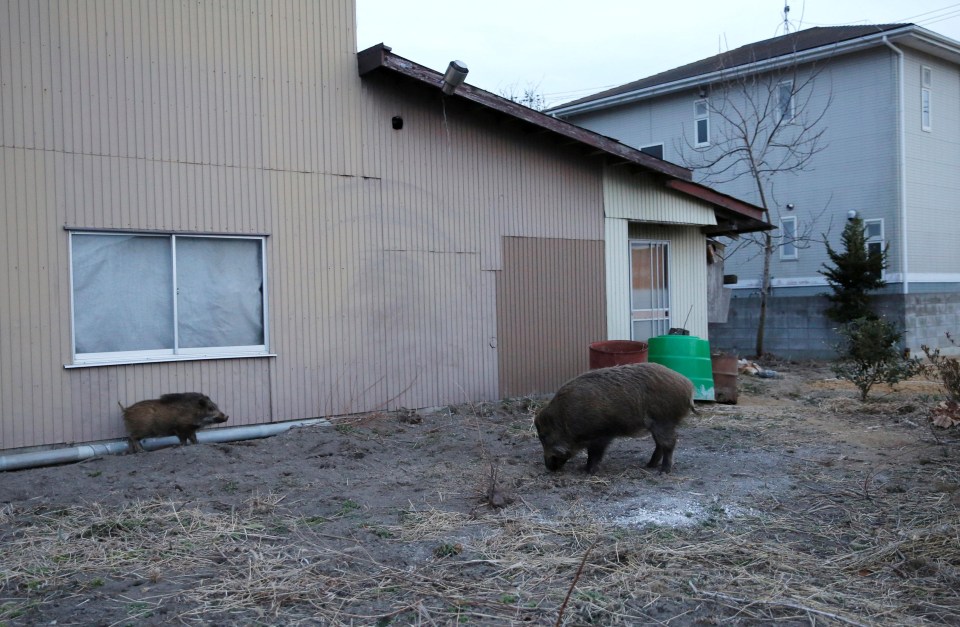 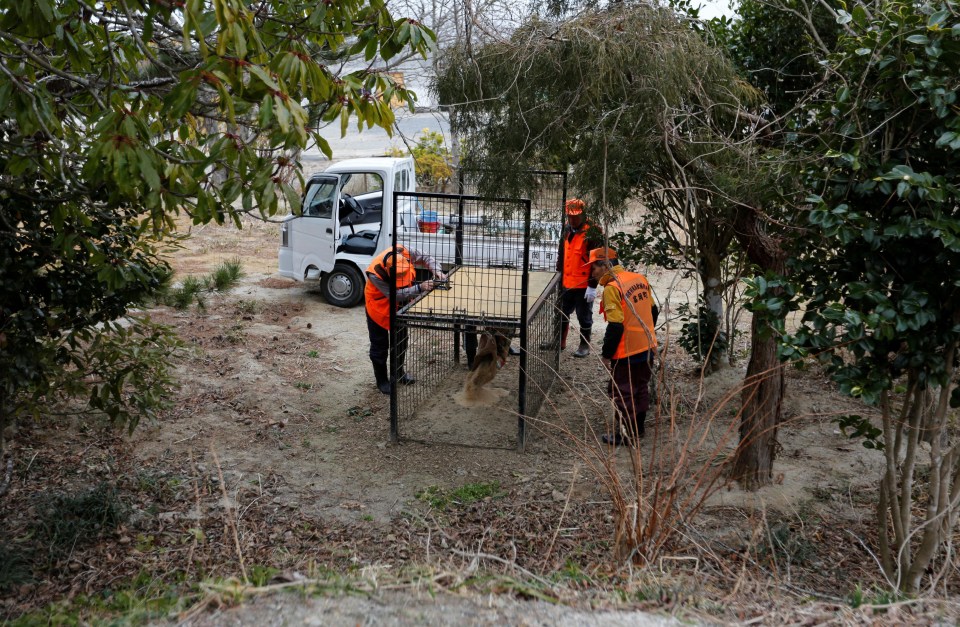 More than half of Namie’s former 21,500 residents have decided not to return, a government survey showed last year, citing concerns over radiation.

But at town meetings earlier this year to prepare for the homecoming, those planning to come back voiced worries about the army of contaminated swine.

Hidezo Sato, a former seed merchant in Namie, said: “I’m sure officials at all levels are giving some thought to this. Something must be done.”