When animals are treated like mere things, commercial items sold for profit, all too often it’s their own well-being that pays the steepest price of all.

Two women in Canada have come forward in recent days to spread the word about what may be part of a growing scam, one in which pets are the real victims. In separate but seemingly related cases, Shayla Bastarache and Shaniya Yung, both of Alberta, purchased kittens advertised online as being sphynxes, a hairless breed capable of fetching a hefty price from breeders.

It was only later, however, that they realized the sad truth — their new kittens were only hairless as the result of abuse. 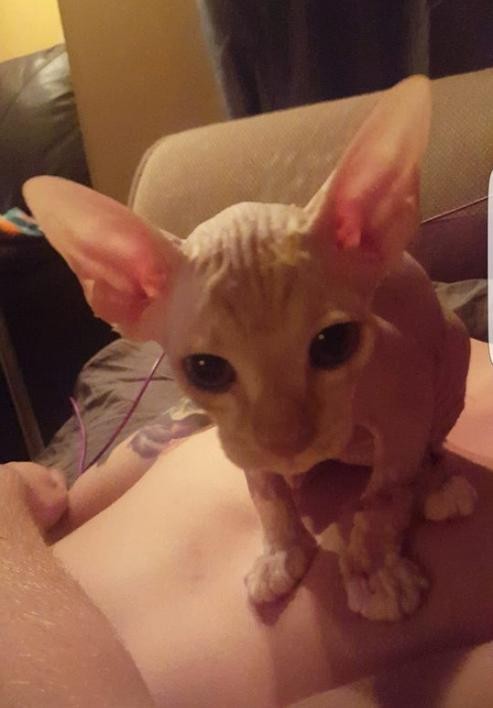 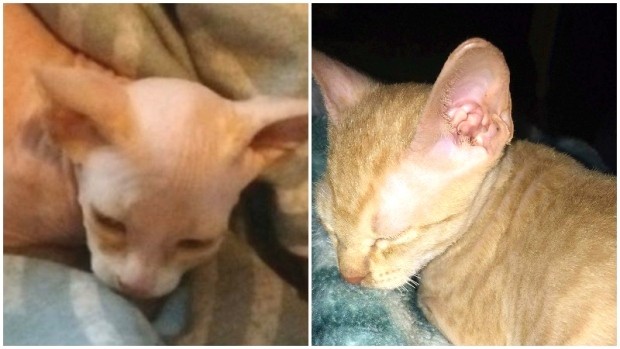 Bastarache reportedly purchased two kittens from a woman she met on Kijiji, a classifieds site online. She purchased them for cash in a parking lot for less than half the price most breeders charge. Within two weeks, their hair started to grow back.

Yung bought her kitten, Vlad, from a woman who’d had him for a few days after making a similar purchase on Kijiji. It soon became clear, after the sale was complete, that they had both been duped.

“Me and [Yung] talked back and forth the next couple of days about him, because he wasn’t seeming to really calm down,” the woman who initially purchased Vlad told CBC News. “And she took him into the vet and the vet said the cuts on his skin were most likely caused by razor burn or Nair or something like that.” 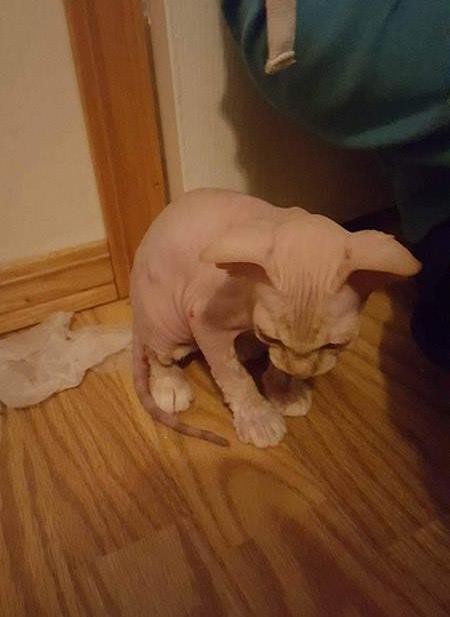 Bastarache and Yung plan to keep their faux-hairless kittens, but are hoping others can avoid falling for the scam as well. Due to the nature of their transactions via Kijiji, tracking down the fraudulent seller (or sellers) has proven fruitless.

The Alberta SPCA, meanwhile, has launched an investigation — but warns that more kittens could fall victim before potential pet purchasers catch on to the dangers.

“The alleged abuse of these animals was motivated by money,” Roland Lines, the SPCA’s communications manager, said in a release. “Sphynx cats typically sell for more than $1,000 each. Because enough people are willing to meet in a parking lot to exchange money for animals, the counterfeiter can expect to get away with the deception.” 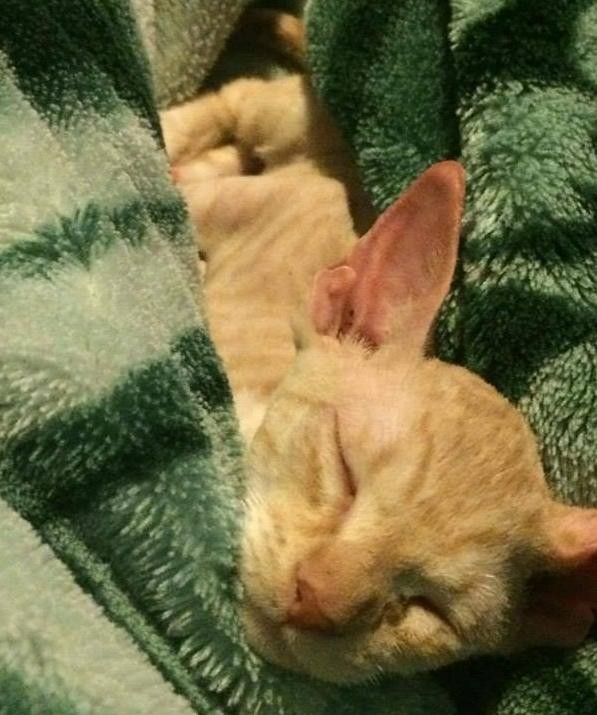 Scams like this one aren’t the only way animals are being put in danger. A lack of oversight and public awareness has also given rise to so-called kitten and puppy mills, wherein disreputable breeders produce pets with little or no regard to their health or proper care.

Fortunately, as the Alberta SPCA notes, there is an easy way to avoid supporting such industries.

“If you want to be sure you’re not giving money to a criminal, I suggest you go to a humane society to adopt an animal,” said Lines. “Don’t meet a stranger in a dark parking lot.”