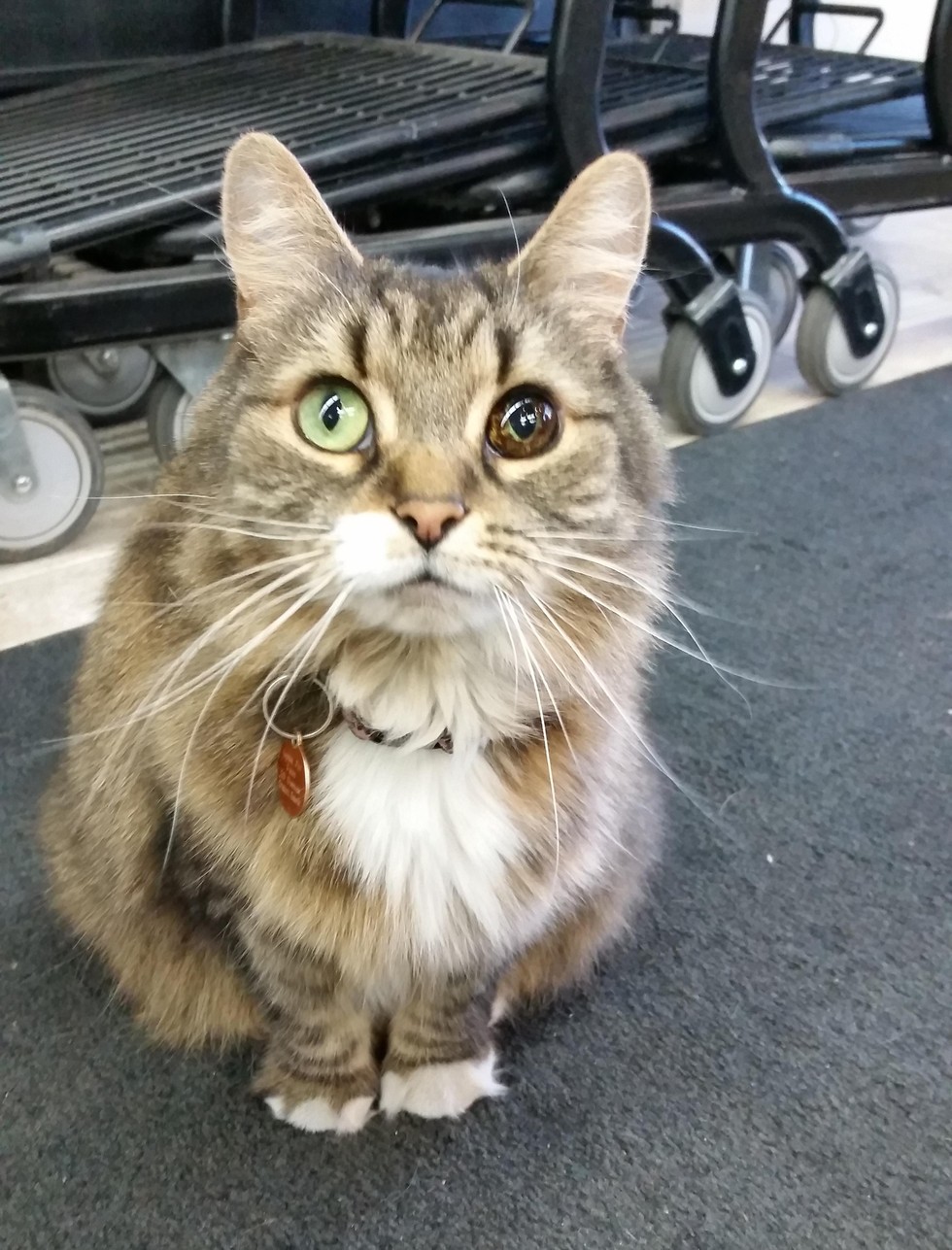 A kind woman saved a scrawny stray cat with quite a unique eye, and the kitty has been running her store since.

Stella’s eyes are quite unique due to a condition called heterochromia iridum. She’s a healthy fluffy kitty, who can see just fine.

“I believe she’s a Maine Coon and Persian mix, since Persians have copper eyes like that. The eye functions perfectly and close to the iris you can see speckles of the natural green peeking through,” reddit user Tory_Rox told Love Meow.

The tabby cat was found covered in burrs about two years ago at the foot of the escarpment rummaging through garbage, looking for some food scraps. Her fur was matted and she was just skin and bones.

A kind woman, Kat Von G, rescued her and took her into her shop. The kitty’s been living at the store ever since. 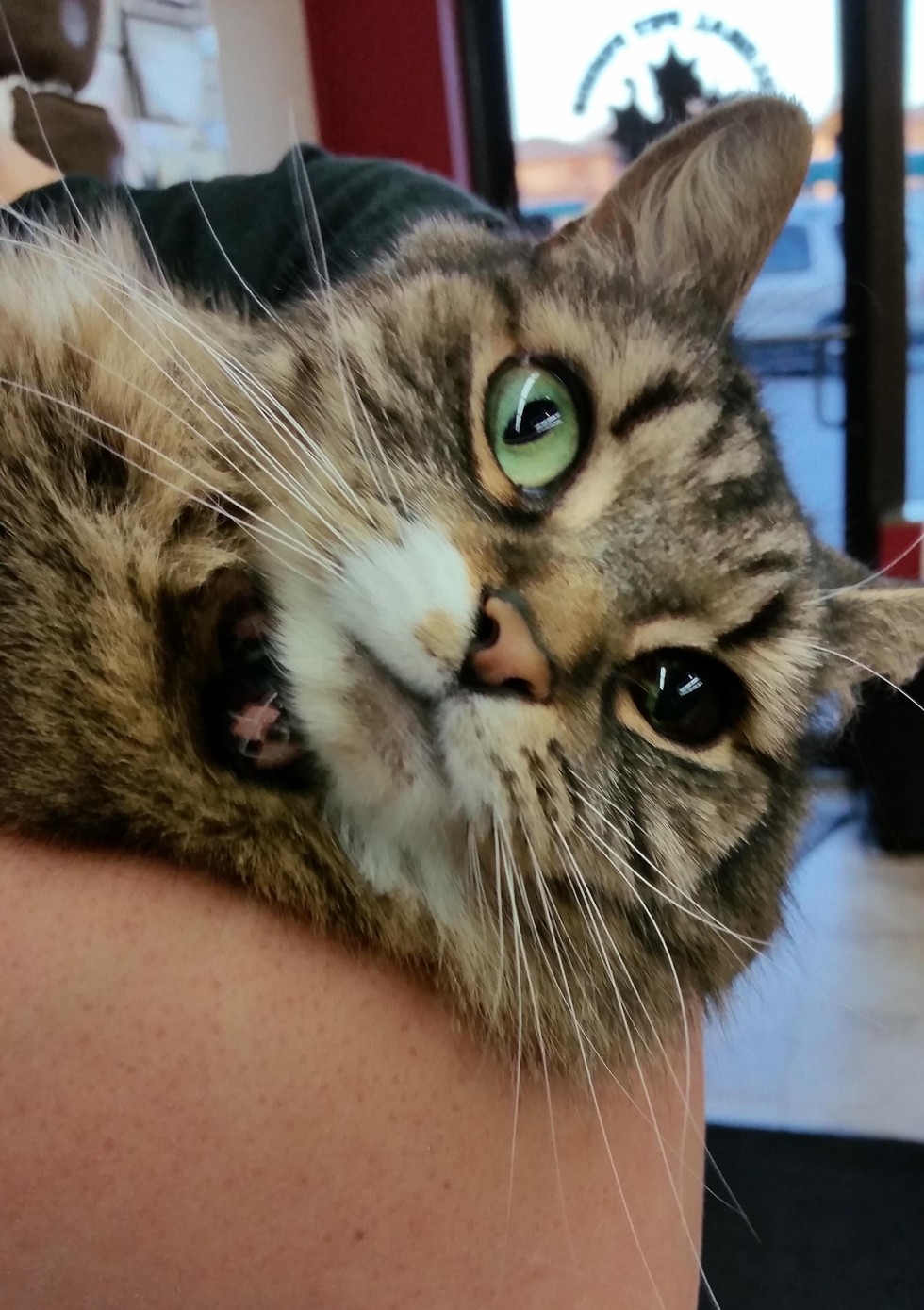 “Everyone (including myself) always assumes she’s blind in that eye, but it’s just a mismatched coloration,” Tory_Rox told Love Meow.

Stella greets customers as they walk into the store. 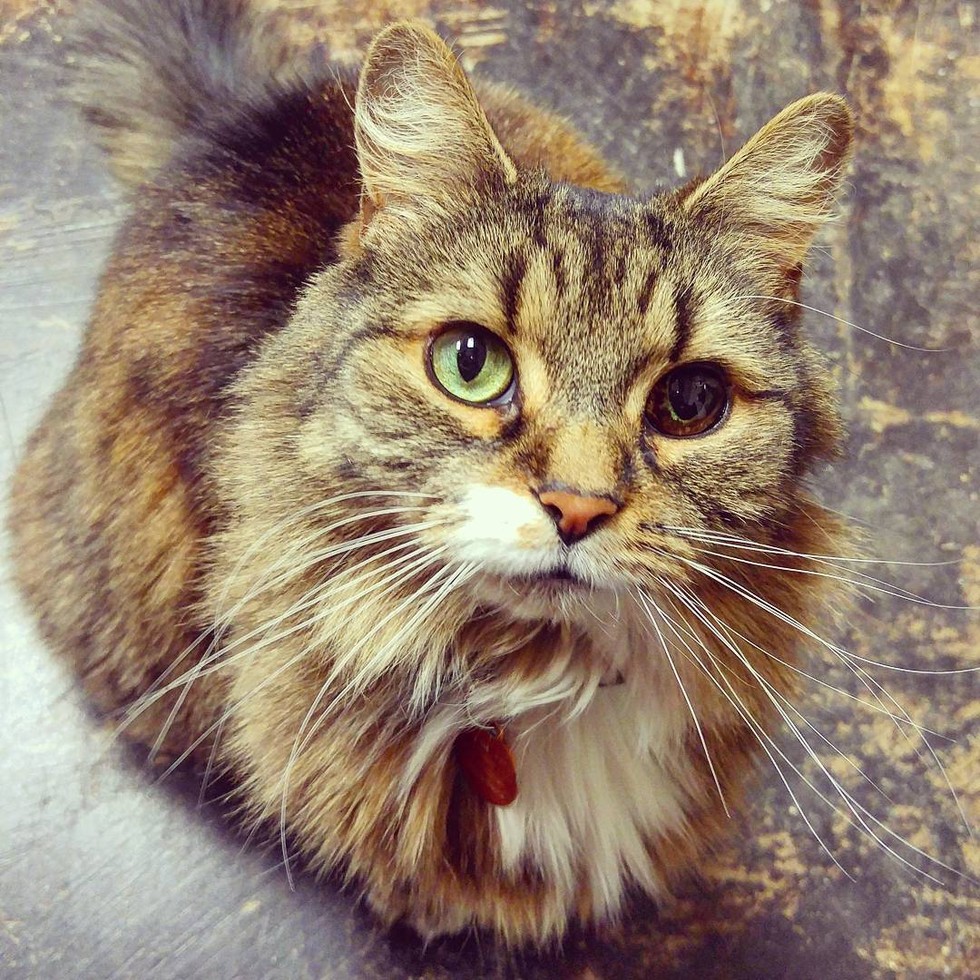 “She doesn’t have a meow so much as a squack. She follows me around all day yelling at me, I call her my supervisor,” Tory_Rox said.

Stella lounging about while supervising the humans. 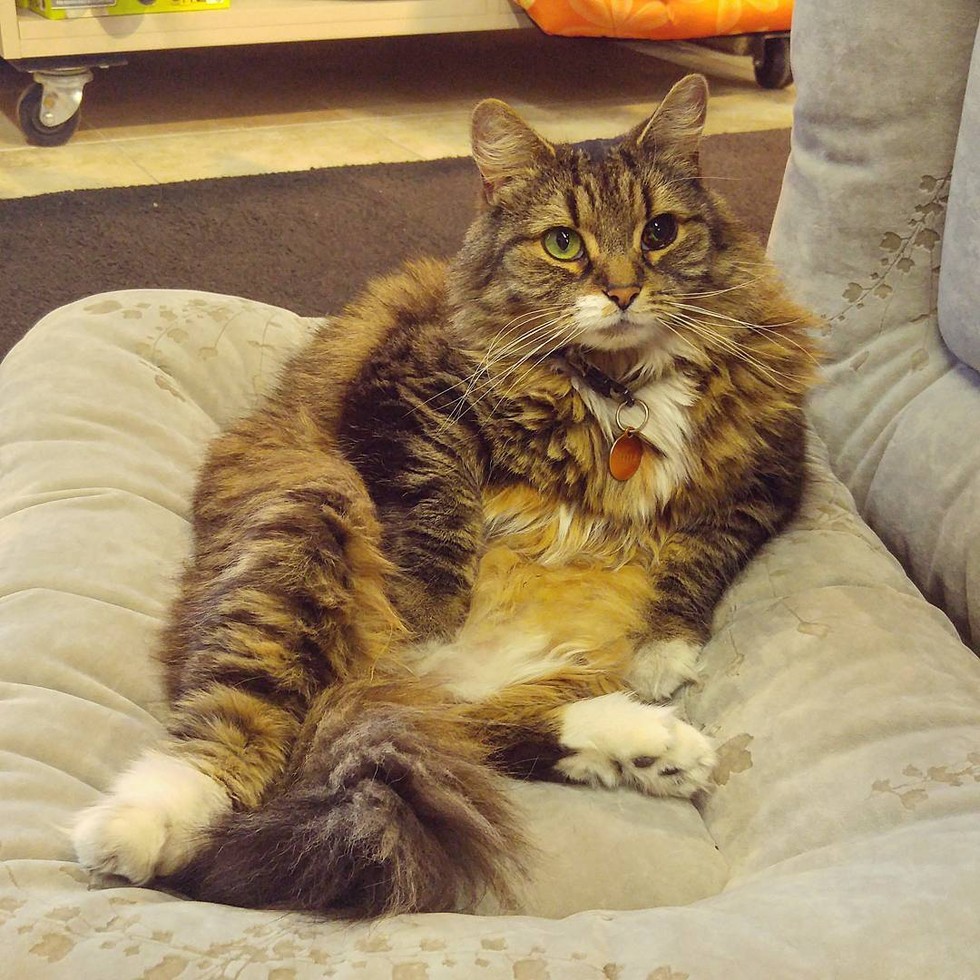 “A lot of people stop by the shop every day just to say hello to Stella.” 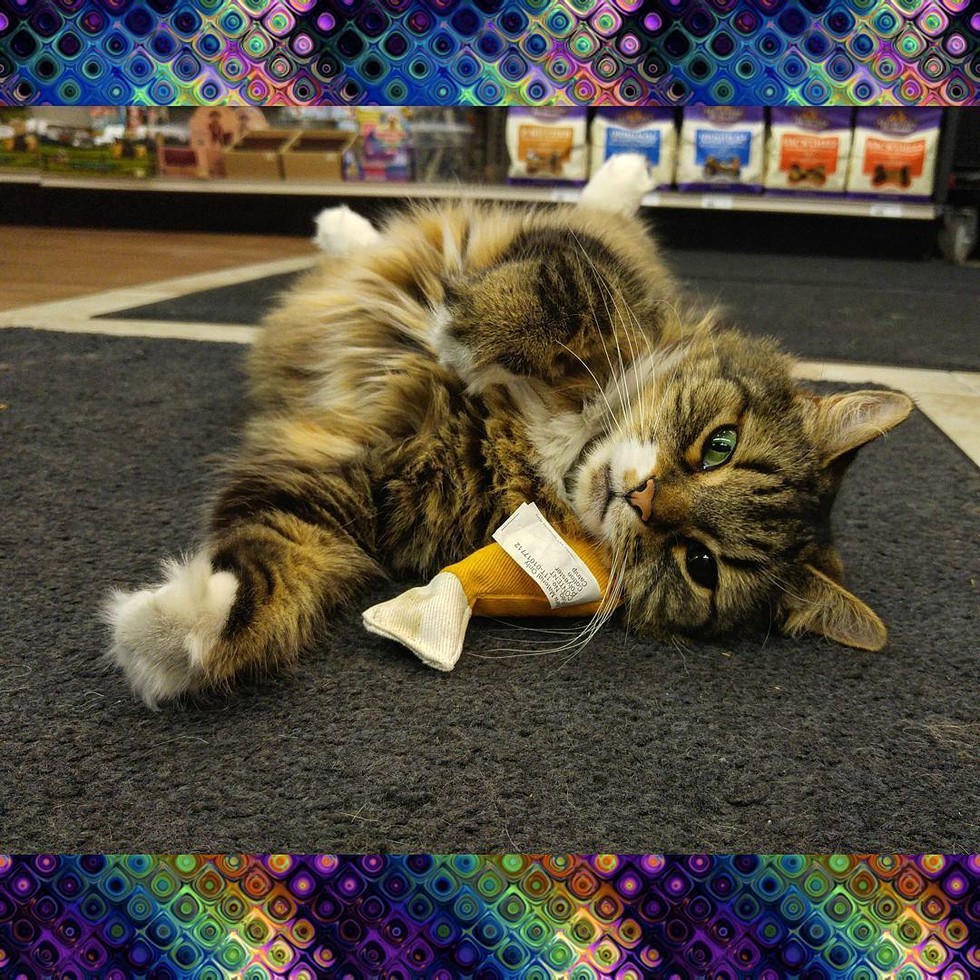 Not only did Stella find a forever home, but she is in charge and meets people everyday, bringing them smiles and lots of purrs. 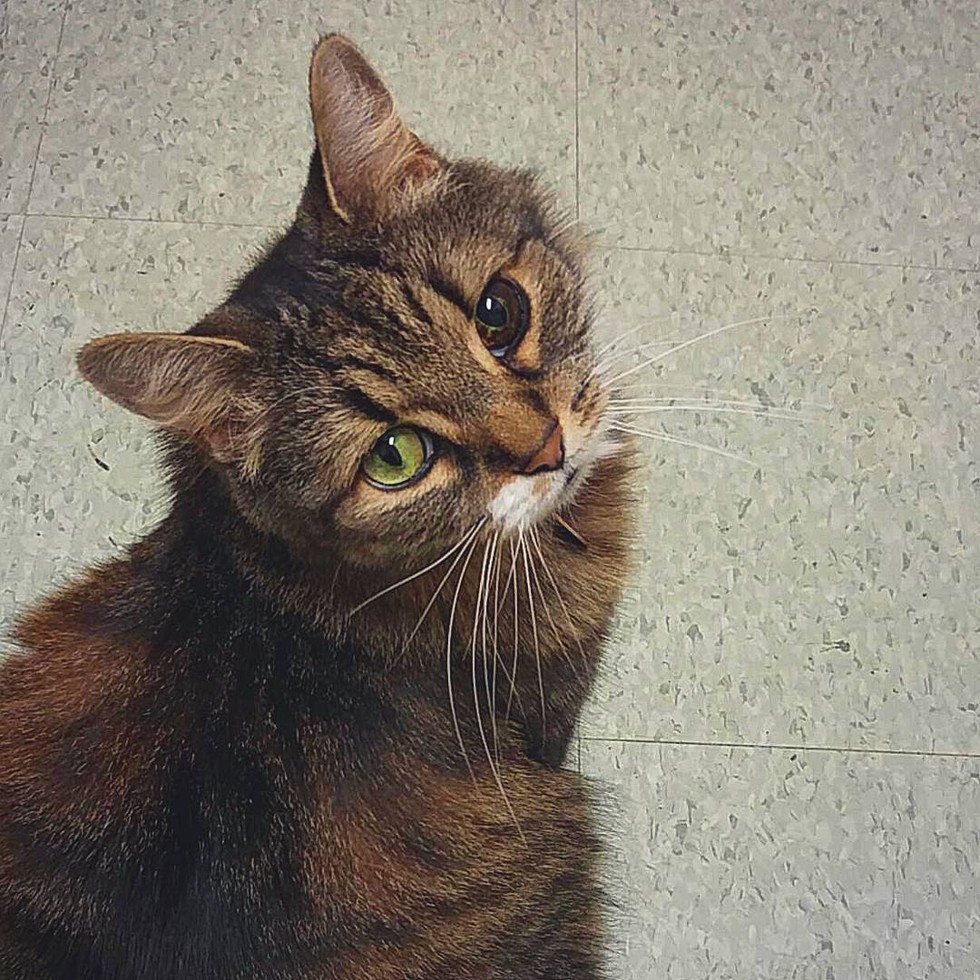 Kittens With ‘Twisted’ Legs Get The Tiniest Casts