Footage has emerged that shows the moment an eel fisherman went above and beyond to save the life of a humpback whale.

The fisherman, known only as Sam, dives onto the back of the gigantic sea creature and cuts it free from a load of fishing line that it had become entangled in. It’s stirring stuff, trust me.

Sam and his crew were returning from their commercial fishing trip off the coast of California when they spotted the huge cetacean having what can only be described as a shocker.

Sam’s friend and co-worker Nicholas, who shot the dramatic footage, said: “We were coming in from fishing and there was a white buoy that was wrapped around the whale’s tail.

They tried to save the creature for ages – three hours to be precise – before Sam just hopped into the water and finished the job by cutting the whale loose from the line and allow it to return to the wild, where it belongs.

They had seen the whale from some distance away but were initially unsure as to what it was. Once they brought their vessel closer they realised what it was and that they needed to help it out.

So, instead of standing around, they called for the coastguard and set to work. 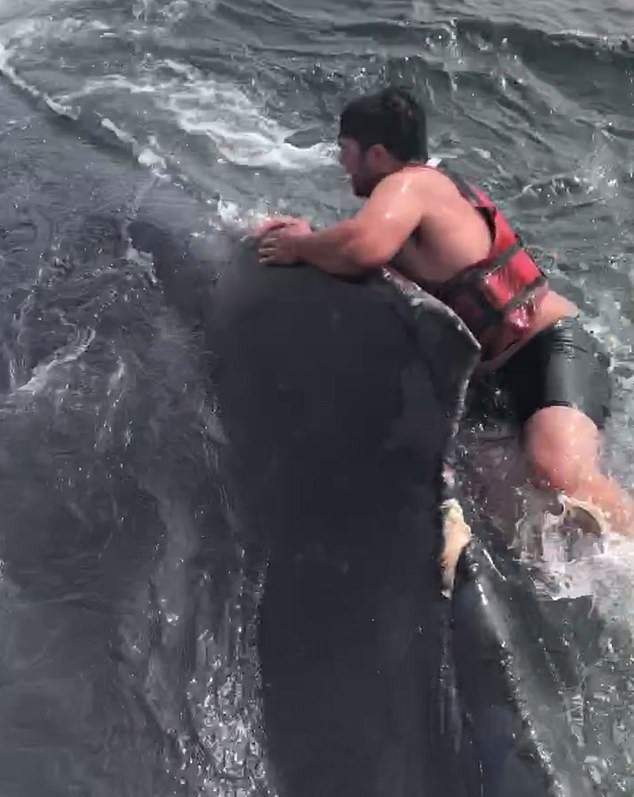 Nicholas continued: “We saw this big old whale tangled up in all that rope,

“That one rope was still holding him down to the ocean floor, and the whole time he was swimming in very tight counter-clockwise circles because all that rope was still attached to the bottom of the ocean.”

After a while, they realised that the coastguard wasn’t coming. They said over the phone that they couldn’t do anything to help. This was about two hours into the rescue mission, but it became apparent that they needed to get stuck right in.

That’s when Sam came into his own. His colleague went on: “That’s when we decided to get Sam in the water.”

He tried and tried, but was struggling to get the whale free. As they started the video, he begins to turn it around.

“He jumped in, was able to crawl up his back, and right then that whale fluke almost hit the phone out of my hand,” Nicholas said. 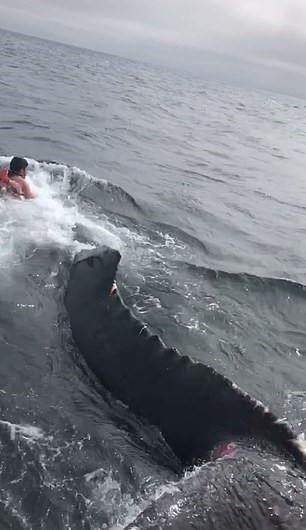 Eventually they convinced the whale that they were trying to help, it would seem. At long last, it got free.

Nicholas explained: “This is going to sound super crazy.

“But when the coastguard told us there was nothing else we could do, just let it be, I turned up the volume really loud on the VHF radio and yelled at the whale and told him to listen, and no one else was coming for him, and we’re his only hope, and he better lay still and let us do this or else he’s going to die.

“And this is going to sound super crazy, but he did.” 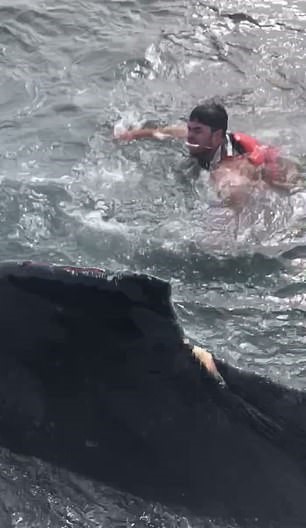 Well, they are pretty smart, not to mention fucking cool. That’s why we’ve got to help them out if we can.

The Disturbing Reality Of European Zoos