It’s a simple fact that dogs have a unique and effortless capability to transform our lives. For one veterinary technician in Killeen, Texas, this was especially true—she knew something significant was about to happen before she even laid eyes on the puppy a few rooms down.

“I had worked for this vet for approximately three years and had seen some bad things,” she writes, “but nothing could have prepared me for this [day’s] events.”

It was an “unusual urge” which struck Danielle Torgerson and told her to investigate the painful moans and cries down the hall. On the exam table was a puppy, accompanied by his owner who claimed the dog had been “stung by bees.” The pup’s face had been “melted” off, says Danielle. His lips were burned away, he had no eyelids, and his fur and skin were gone from his head down to his shoulders. The room stunk with an “overwhelming stench of gasoline.”

It didn’t take long for Danielle to realize that the puppy had arrived to be euthanized, but her tears turned to anger and she absolutely refused to let him die without offering to let him experience a normal, happy life.

“Could he ever have a bed of his own?” she thought. “Go for walks down my street? Would it ever be possible that this puppy could experience love and be able to show love back?” The vet wasn’t sure if the puppy would survive his extensive injuries, and warned Danielle that the cost to save him would be in the thousands. But her mind was made up.

“That puppy was going home with me,” she tells us.

Danielle named the puppy D’Artagnan, or Mr. D for short, after the captain of the Musketeers of the Guard who served Louis XIV. Mr. D underwent skin grafts and reconstruction of his ears and mouth, and had hair implanted in the areas where he lost it. He will never have eyelids again, so Danielle gives him artificial teardrops daily.

As time passed and Mr. D grew up in a loving environment, he became quite the generous dog. Danielle says he loves to snuggle with her cats and has no qualms about sharing his food, although he does draw quite a few stares in public. She says:

“He is kinda scary looking at first, like a werewolf, because of all of the skin grafts, but he’s just an adorable angel. And I know that because of me saving his life, [and] that he returned the favor and helped save mine.:

Three years later in 2010, Danielle fractured her skull after dumping her motorcycle to avoid a collision, and connected with the curb. She slipped into a coma for twelve days with no brain activity.

Following instructions in her will naming her an organ donor, doctors had planned to remove her respirator on the thirteenth day. As a priest entered her room on that day to read her last rites, Danielle suddenly awoke—her first words were “Mr. D.” 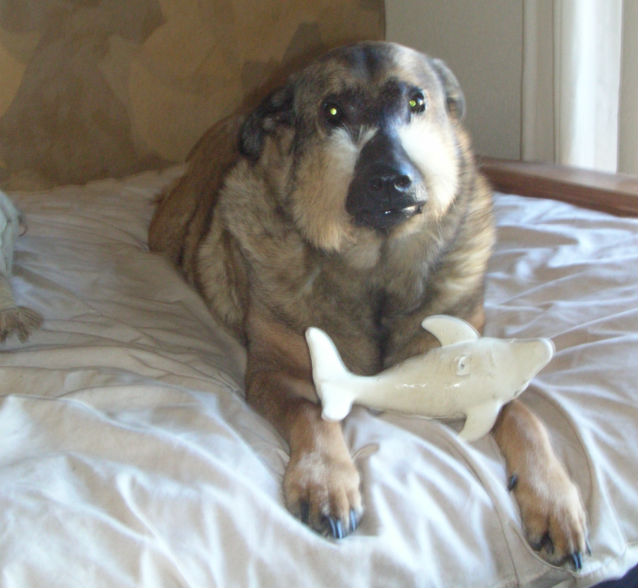 She desperately wanted to return to him and her other dogs, but rehabilitation and learning to walk and speak again in the hospital was a lengthy process. When she finally reunited with the furry family members who gave her the strength to survive, Danielle learned what they truly mean to her.

“Now fully recovered my greatest hope is that this story will inspire people of all ages to not ever give up on yourself or your loved ones and to show people the importance of rescuing animals from shelters. […] Because you will find, that the love and bond between yourself and an animal can be one that is selfless and enduring and can never be broken.”

Since Catcher the Wonder Dog moved to his foster home, he’s received his mom’s undivided attention. She makes sure to give him all his meds, meals, and love, and they’ve both been especially patient through the recovery process.

With lots of eye drops and gels, Catcher’s eye ulcer is healing quite well—he’s been a very good sport with the Cone of Shame, too.

The thing is, well, Catcher’s foster mom failed at one thing: being a foster. Because she is now officially the adoptive mother of this big, friendly boy, and he’ll never have to change homes again. 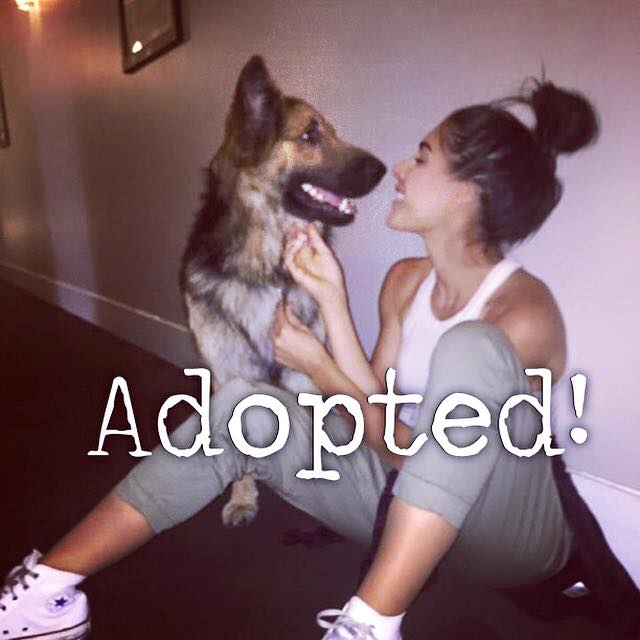 Congratulations, Catcher. We hope you make full use of those puppy-dog eyes.

That Viral Video of Tigers Chasing a Drone Is From a Slaughter Farm, Folks